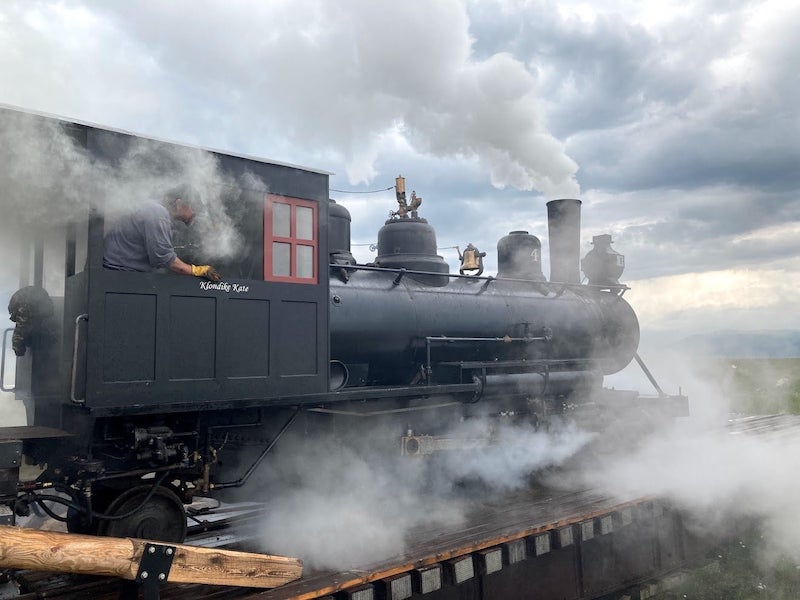 COMO, Colo. — The South Park Rail Society announced earlier this week that its 2-6-2 narrow gauge steam locomotive would be out of service for the rest of 2021. Klondike Mines Railway 4 was expected to operate during Boreas Pass Railroad Day on Aug. 21.

The SPRC owns the historic Como roundhouse built in 1881 and is restoring part of the former Denver, South Park & Pacific Railway through town. KMRy 4 was built by Baldwin in 1912 for use in Alaska and eventually ended up on the White Pass & Yukon where it worked until the 1950s. Later it moved to the Lower 48 to work at amusement parks. The locomotive eventually ended up at the Georgetown Loop Railroad and in 2015 was sold to the South Park group. It returned to service a few years ago.

Last week, the group fired the locomotive up for a test run. During one of those runs, the cross head wedge broke, allowing the piston to travel too far and break the cylinder head. The group said the locomotive will not be ready in time for the Aug. 21 event, which was its only planned public outing for the year. However, the event will go on with motor car rides, roundhouse tours and live music. Visit southparkrail.com for more information.

This weekend,  a GoFundMe page was started to raise money to help cover repairs. As of Sunday afternoon, $1,330 had been raised of the $4,000 goal.