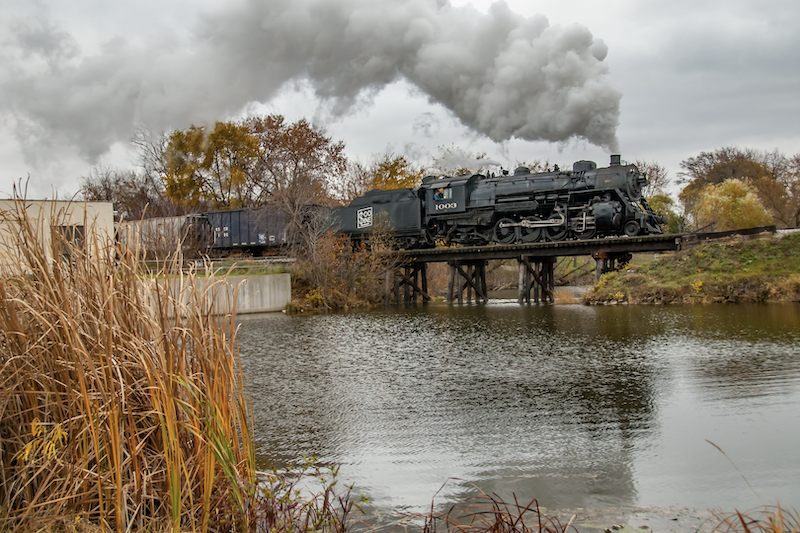 The Soo Line 2-8-2 will run to Chicago on August 5 and return to Wisconsin on August 7. It’s seen on a photo charter in Wisconsin in 2008. Photo by Steve Barry.

CHICAGO — Soo Line 2-8-2 1003 will pay a visit to the Windy City next week for a private event. This week, the locomotive’s owner, the Steam Locomotive Heritage Association, announced that the 1913 Alco Mikado would run from its home base of Hartford, Wis., south to Chicago on August 5. The locomotive would stay in the city on August 6 and return north on August 7.

The locomotive’s caretakers encouraged people who come out to see the locomotive to consider making a donation to the group. Donations are tax-deductible and can be sent to the Steam Locomotive Heritage Association, P.O. Box 270594, Hartford, WI 53027-0594.

Locomotive 1003 was built in 1913 and operated on the Soo Line until 1959 when it was donated to the city of Superior, Wis. It was restored to service in the mid-1990s and has become a fan favorite ever since.