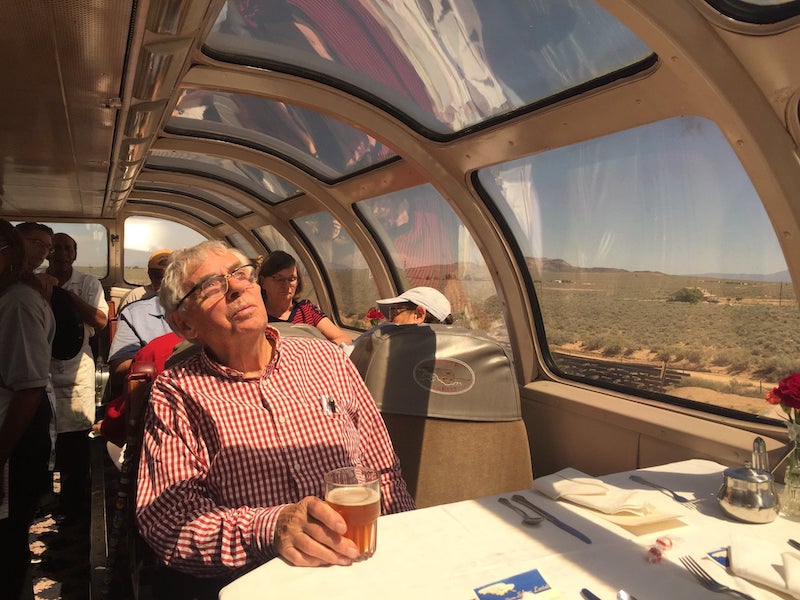 The railroad announced Buerling’s passing last week. In a statement, they said he was a “charismatic, tenacious, hard-working, and kind” person.

“Without his vision and dedication, the railroad would not be here today,” the railroad wrote on Facebook. “We will cherish the memories we had with him and honor him as we continue to carry his legacy forward for years to come.”

Buerling was born in Germany and immigrated to Canada in the 1950s. He eventually ended up in Ohio where he was working at Western Reserve Historical Society, which operates the 90-acre Hale Farm & Village, a museum depicting life in 19th century America with a focus on agricultural communities. Buerling thought it would be nice if people could ride the nearby Baltimore & Ohio rail line to the farm and teamed up with a local attorney, Henry Lucas, to bring the idea to railroad officials. The B&O quickly rejected it, but Buerling didn’t give up. In 1972, Buerling helped form the Cuyahoga Valley Preservation and Scenic Railway Association and three years later excursions began on the branch.

Buerling handed control of the railroad over to his son Peter back in 2019.