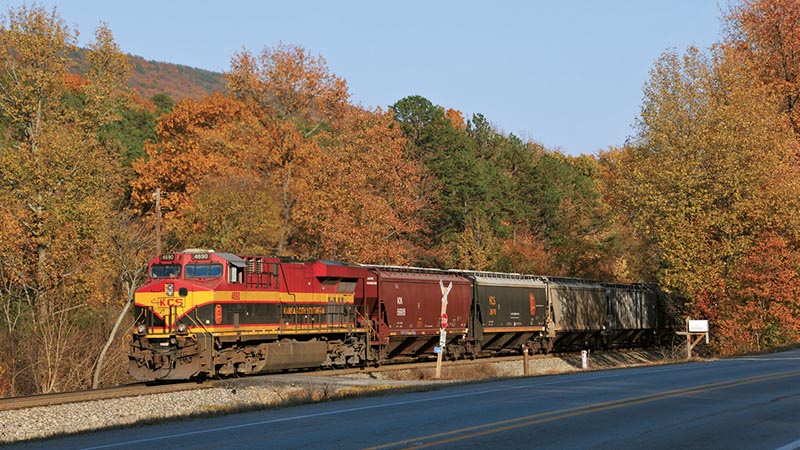 A poll of shippers promoted by Canadian Pacific showed it as the favored suitor for KCS, but only by a few points. Photo by Kevin EuDaly.

CALGARY — A rail shipper survey promoted by a communications firm hired by Canadian Pacific showed that it was the favored suitor for Kansas City Southern, over rival Canadian National, but only by a slim margin.

According to Cowen, the research firm that did the poll, 100 shippers were surveyed in a 24 hour period last week about the ongoing battle between CP and CN for KCS. Of those surveyed, 36 percent reported that they would like to see CP and KCS be merged into one; 34 percent said that they would like to see the railroad remain independent; 16 percent preferred a CN transaction; and 15 percent said KCS should be broken up like Conrail was some 20 years ago.

Last week, the railroad world was rocked when CN announced it would put in a $33.7 billion bid for KCS, just a month after CP and KCS had announced plans to merge. Over the weekend, KCS announced it would enter negotiations with CN over a possible merger, but noted “there can be no assurance that the discussions with CN will result in a transaction.” On Saturday, CP officials said they fully supported KCS’ decision to engage with CN but believed that their offer was ultimately the best deal for shareholders.

But that is only part of the picture. On Monday, CN announced it was submitting more than 400 letters in support of the deal to the U.S. Surface Transportation Board. The letters came from shippers, stakeholders and elected officials. CP has also been flooding the STB filing system with letters from their own supporters.