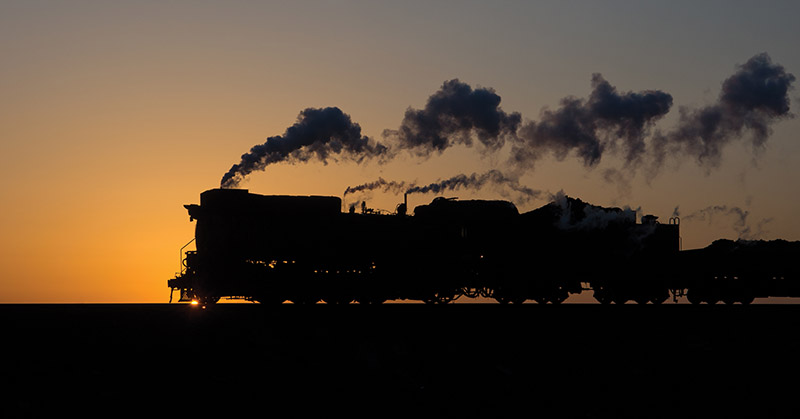 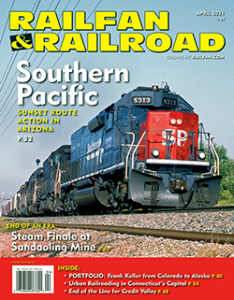 By Matthew Watson/photos by the author

In 2021, however, steam in revenue service has virtually disappeared across the globe including China, which has dramatically modernized its rail system in recent years. China is now home to more than two-thirds of the world’s high-speed passenger rail network, with close to 24,000 miles of high-speed rail and more than 90,000 miles of active railway in the country. There is, however, one tiny pocket of real steam remaining. A coal mine in rural China where the very product being mined is also used to fuel the locomotives that haul it from the open pit — a coal mine in Sandaoling. 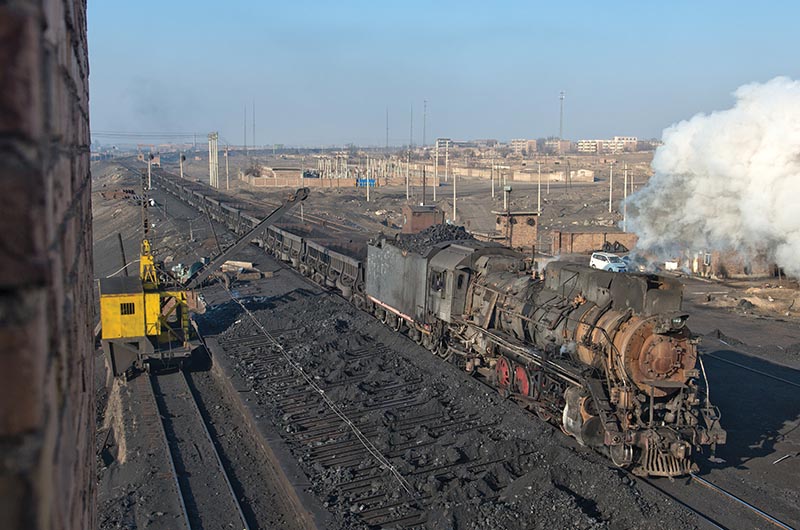 JS8190 has completed the unloading process at Xuanmechang and begins its push to the top of the hill at Kangkongzhang on January 26, 2019. The coal was unloaded through the large grating in the foreground onto a conveyor system below.

Sandaoling is located about 1,200 miles northwest of Beijing in what is officially known as the Xinjiang Uyghur Autonomous Region but is often referred to as Xinjiang Province. The terrain is very arid, as the small city sits near the edge of the massive Gobi Desert yet within sight of the Tian Shan (Heavenly Mountains), an 1,800-mile-long mountain range to the north. While there are no airports or train stations in Sandaoling, travel to the area from Beijing can be achieved by China-Rail or Air China’s daily flight to the nearby city of Hami.

From Hami, it’s about a two-hour drive to Sandaoling, depending on the number of security checkpoints along the way, which are common in this area — be sure to always have your passport with you. Immediately south of the city of Sandaoling lies the large open-pit mine. Constructed between 1962 and 1970, this was once the largest open-pit mine in Xinjiang Province, with a peak output of just over three million tons annually.

A typical day begins with the morning shift change ritual at a small yard in the south end called Dongbolzhan. For any visiting western railfan, setting foot in Dongbolzhan is like stepping out of a time machine. A large brick coaling tower straddles two of the yard’s through tracks, and locomotives line up side by side to take on water and have basic maintenance performed. Train and shop crews converse while local residents comb the ground looking for coal to collect and sell in town. All the while, the sights, sounds, and smells of steam railroading fill the air. 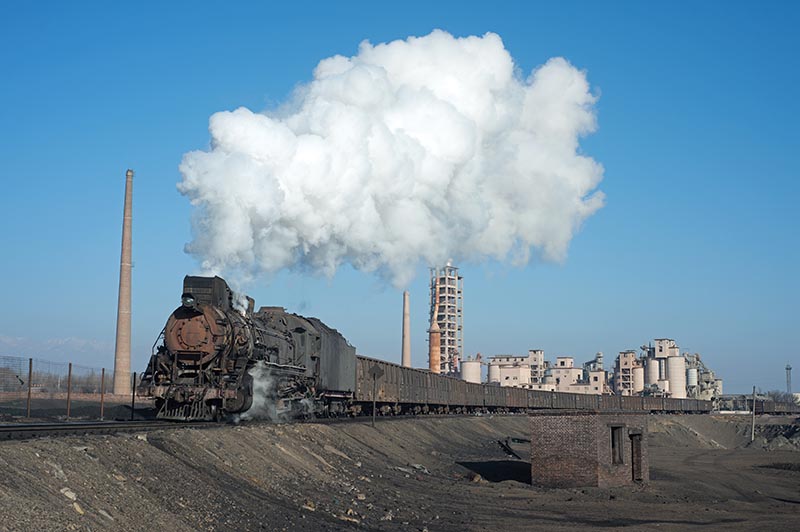 Trains operate in a push-pull configuration, with a JS 2-8-2 on one end and a “cab car” on the opposite end. The JS class (JS stands for Jiàn Shè and translates to “construction” or “development”) was built between 1957 and 1965, and again from 1981 to 1988. All the locomotives currently operating were built in the second batch. The cab car is little more than a side dump car (remarkably similar to a Difco dump car) with a small operator cab at one end.

Perhaps the most interesting feature of these cab cars is the semaphore signal mounted on the roof of the cab, used to communicate with the crew on the locomotive at the opposite end of the train. Once a crew member climbs aboard the cab car and drops the semaphore, it isn’t long before a whistle (or air horn) can be heard from the locomotive and the day’s work has begun. From here, empty trains push back to the junction at Kangkongzhang and downgrade to the mine at Xikeng…