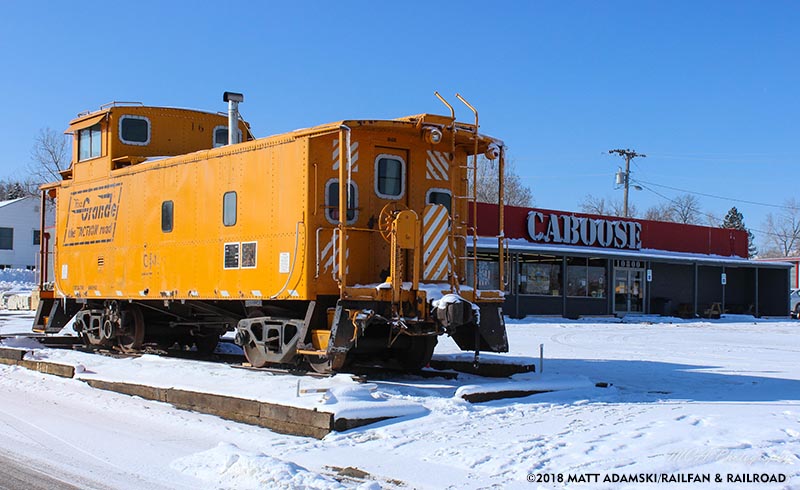 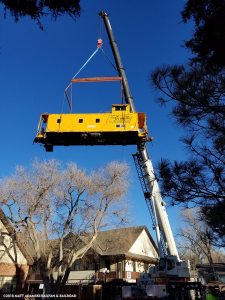 “Caboose” will be more than just a train store name following the latest arrival at the venerable Denver-area store formerly known as Caboose Hobbies. A genuine Rio Grande caboose that will serve as an attention grabber for the store was delivered to its new location in Lakewood, Colo., on February 17. Store owner Kevin Ruble said watching the caboose dangle from a crane 100-feet above gave new meaning to the words “Flying Grande.”

Built in 1941 at Rio Grande’s Burnham Shops, D&RGW no. 01416 has been on display at the Denver & New Orleans Railroad Club headquarters in Parker, Colo., for the past two decades. Ruble purchased it in anticipation of the one-year anniversary of the shop’s new Lakewood location and the 80th anniversary of the founding of the original Caboose Hobbies in Denver. Ruble plans to repaint the caboose into the flashy silver-and-gold paint scheme in the coming year. Caboose is one of the nation’s premier stores catering to railroad enthusiasts worldwide.