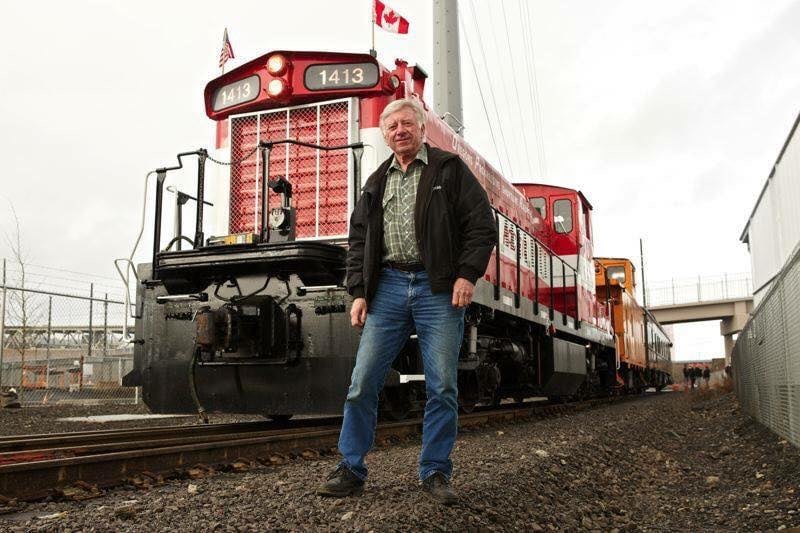 Samuels purchased the Portland Traction Co. in 1991 and would run it as the Oregon Pacific for 30 years. Photo Courtesy of Oregon Pacific.

PORTLAND — Richard A. “Dick” Samuels, founder and owner of the Oregon Pacific Railroad, died last week at the age of 77.

Samuels was well known among Pacific Northwest railroaders and railroad enthusiasts and ran the Oregon short line for 30 years. Samuels was a lifelong railfan and dreamed of owning and operating his own railroad. That dream became a reality in 1991 when he purchased the railroad, the Portland Traction Co., that ran along his steel fabrication business. He named the railroad Oregon Pacific and ran it with his three sons, Tim, Brian and Craig. The railroad expanded a few years later when he purchased the former Southern Pacific Molalla Branch.

“Richard was a legend in local railroad circles and was a man who was able to live and achieve the dream of a lifetime: to own and operate his own common carrier railroad company,” the Samuels family wrote on Facebook. “Ever dedicated to his company and his dream, he continued to work almost everyday doing what he loved to do, until this past week. His legacy now lives on in the care of his family and his sons.”

Over the years, the Oregon Pacific gathered an eclectic fleet of switchers, including a former Portland Traction Co. SW-1 and an ex-Canadian National GMD-1. Samuels was also passionate about sharing railroading with the general public and over the years ran excursions on his line, including “SamTrack” (named after himself) from 1992 to 2001. In recent years, the railroad has offered weekend rides from the Oregon Rail Heritage Center.