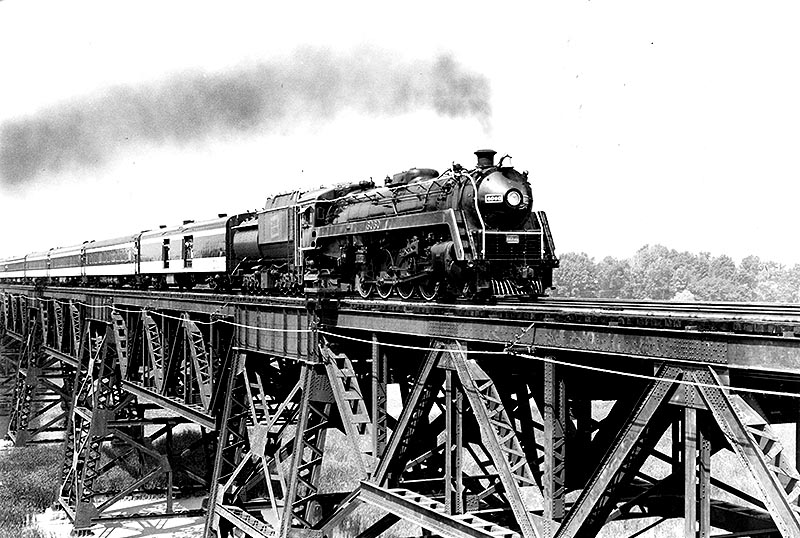 Canadian National 4-8-2 6060 last ran in 2012 and is currently being restored by the Rocky Mountain Rail Society in Alberta. The locomotive is seen in excursion service in the 1970s. Photo by Jim Boyd.

STETTLER, Alberta — The restoration of the streamlined Canadian National 4-8-2 6060 — perhaps best known as the “Bullet-Nosed Betty” — is advancing in Alberta thanks to the efforts of the Rocky Mountain Rail Society.

Montreal Locomotive Works built locomotive 6060 in 1944. The locomotive was used in passenger and freight services across Canada throughout its career and was retired in 1959. CN picked it from display in the 1970s for restoration and excursion service. In 1980, CN donated the locomotive to Alberta and it continued to operate in western Canada, including a 1986 visit to Expo86 in Vancouver. The locomotive later went to the Alberta Railway Museum in Stettler for storage and it returned to excursion service in 1998. CN 6060 ran until 2012 when it was again parked. In 2001, it was transferred to the Rocky Mountain Rail Society. 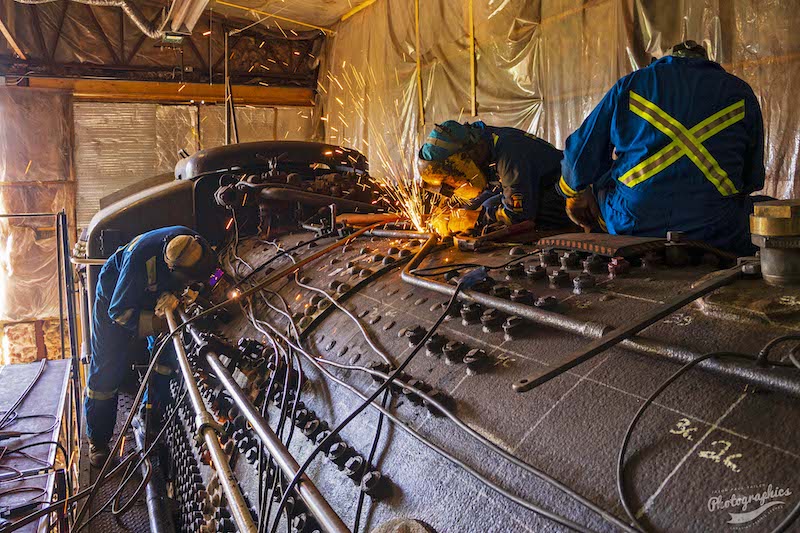 RMRS has been trying to get the locomotive back in service for a number of years and that effort took a giant leap forward in 2020 when the nonprofit worked with D.F. Boiler Tube Industries to remove a number of staybolts (which maintain the proper distance between the firebox and boiler shell).

In 2022, boiler work was able to continue thanks to a grant from the Alberta Ministry of Culture. That money was able to pay for D.F. Boiler Tube Industries to return to Stettler to weld a steel patch on the crown sheet and do some firebox floor work. Now RMRS is looking for more money to wrap up the firebox work and start installing new staybolts.

The group estimates that it will cost about $650,000 (Canadian) to get the locomotive up and running again. For more information and to learn how to donate to the effort, visit 6060.org.