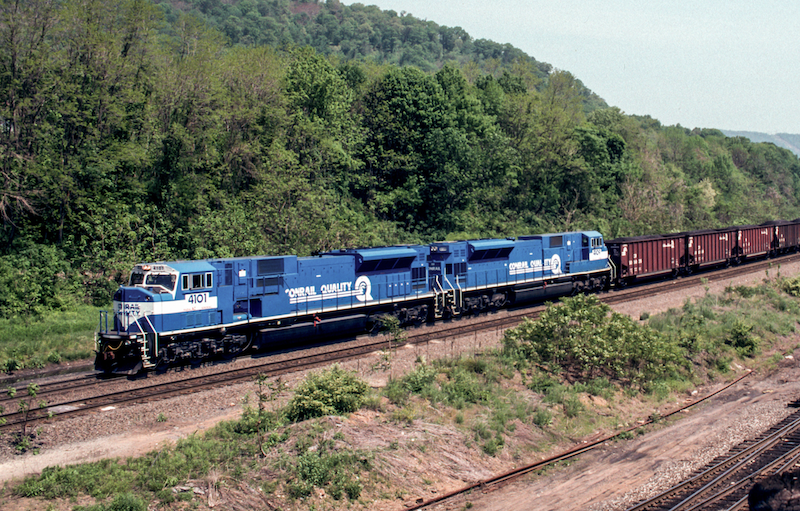 Conrail Historical Society officials said they tried to save one before Progress Rail scrapped 23 of the rare SD80MACs; only six remain. Photo by Steve Barry.

RACELAND, Ky. — Despite the efforts of a historical society to save one, nearly two dozen former Conrail SD80MACs have been scrapped in recent months and now only six of the rare AC traction diesel locomotives remain.

This week, officials with the Conrail Historical Society announced that they had been talking to officials with Progress Rail, which acquired 23 of the SD80MACs from Norfolk Southern back in 2020, for weeks in hopes of saving one of the units. CRHS officials said since the founding of their organization, saving an SD80MAC was a top priority since Conrail was the only railroad buy the EMDs. Unfortunately, for the preservationists the locomotive’s engines were being removed and reused for boats, leaving only the frame and the shells.

“We pivoted our conversations with Progress Rail towards trying to save an empty shell. Despite having daily conversations for the last few weeks, an agreement could not be reached, and all 23 SD80MACs owned by Progress Rail have now been scrapped,” the CRHS posted on Facebook this week. “We completely understand Progress Rail is a business and respect and appreciate their considerable time spent conversing with us trying to make preservation a reality. We were talking until the very last moments of the final SD80MAC. While we are heartbroken by the result, we made every effort possible to make preservation a reality.”

Six of the SD80MACs survive on Canadian Pacific, where they are being used as a parts source for that road’s SD70ACU rebuild program. CRHS officials said they have not given up on their goal of saving one.