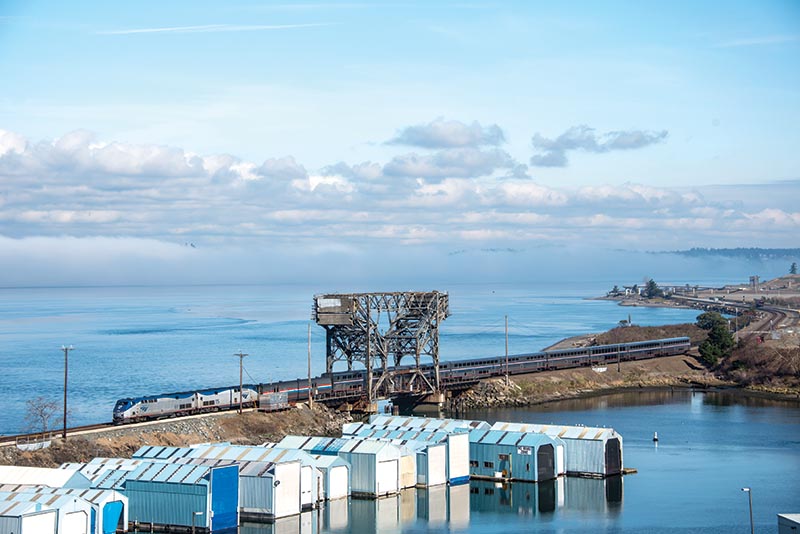 On March 20, 2018, Amtrak’s Coast Starlight rolls across Bridge 14 north of Steilacoom, Wash., as it heads south.

To attend this year’s Winterail photo exhibition, I flew into and out of SeaTac airport near Seattle, Wash., instead of the more logical airport at Portland. But there was a reason for my lack of logic. Amtrak was going to pull its trains off the very scenic route around Point Defiance south of Tacoma (a route that hugs the shore of Puget Sound) in favor of a bypass route farther inland. The move makes sense for Amtrak — it shaves 12 minutes off the running time below Tacoma. But for photographers, the bypass lacks a lot of the charm of the old route. 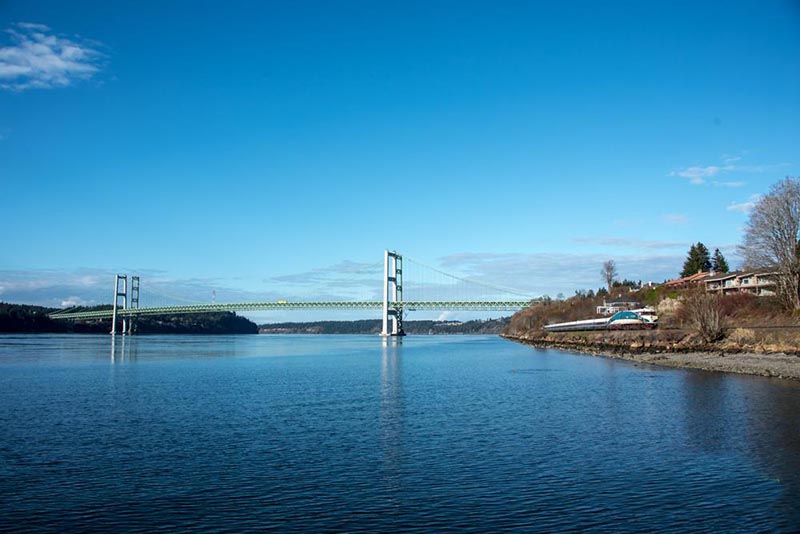 An Amtrak Cascades train rolls through Titlow Park in Tacoma along Puget Sound with the Tacoma Narrows Bridge in the background.

Of course, we’ve chronicled how the first train on the bypass derailed near Dupont, Wash., on December 18, 2017. In the aftermath of that accident, Amtrak removed trains from the bypass until Positive Train Control is installed, returning Amtrak temporarily to the shore of Puget Sound.

I took advantage of the reprieve and spent two days around Steilacoom, Wash. High on my hit list was the iconic shot of a train coming around the curve with the Tacoma Narrows Bridge in the background (yeah, everyone has that shot, but I didn’t). Somehow, the sun was out two straight days in Tacoma, a rarity this time of year. I did get a BNSF freight under the bridge, but both days the Amtrak train that was lit the best had the “duck-bill” cab cars Washington State purchased from Wisconsin when Cheeseland decided it didn’t want high-speed rail after all. 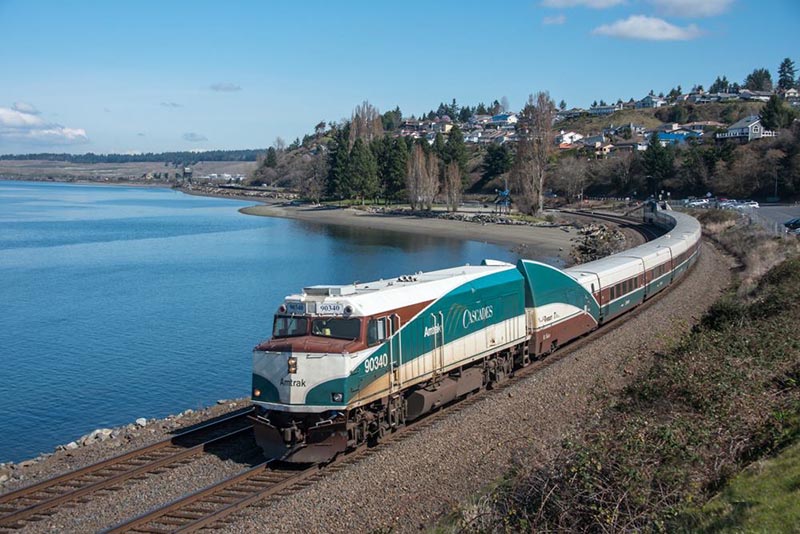 Approaching downtown Steilacoom, a southbound train has just passed Sunnyside Beach Park. Just ahead is the grade crossing for the Washington state ferries ramp; the ferries take autos to islands in Puget Sound.

Steilacoom is a wonderful town for photography. Bridge 14 just north of town is a bizarre lift bridge, and just north of there is the Chambers Bay golf course and park that has numerous photo angles. Hills rise above the tracks all around the town — there are plenty of angles. It turned out to be a productive two days… 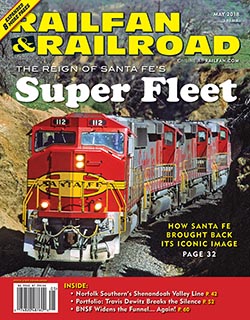