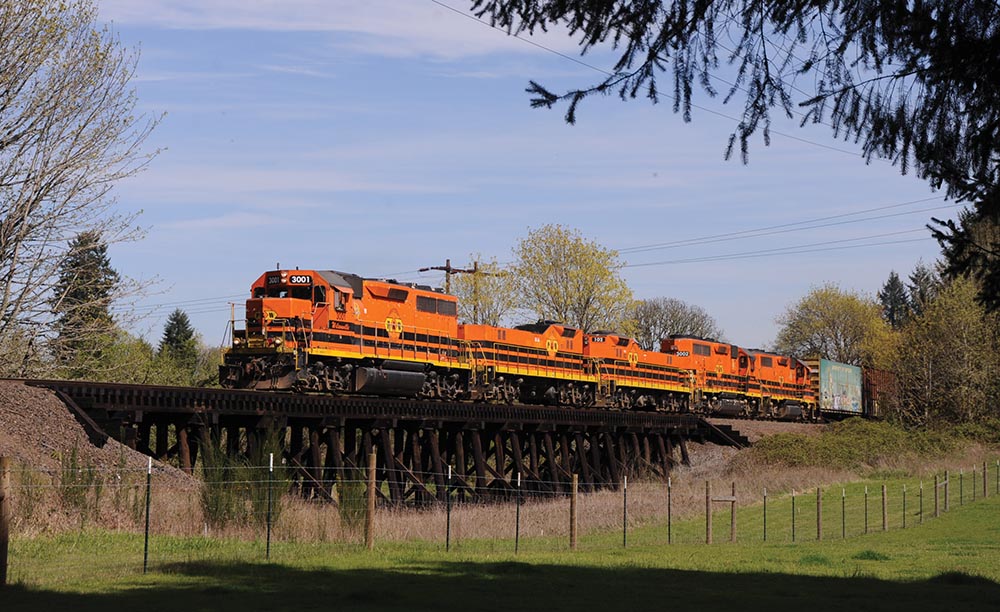 A rare daylight Toledo Hauler is rolling westbound through North Albany on March 30, 2015. The rear of the train has just cleared the Willamette River. A derailment earlier that week had closed the line a few days for cleanup. 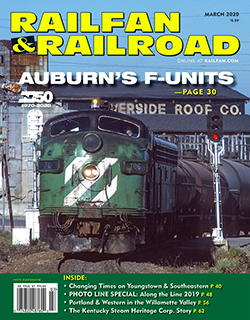 By Vic Neves/photos by the author

As part of the Genesee & Wyoming family of short lines, Portland & Western operates about 450 miles of trackage between Eugene and Portland, Ore. But the roots of this railroad are rich in tradition dating back to the days of Southern Pacific.

Willamette & Pacific was originally founded in 1993, created to take over operations on many of the SP branch lines in Oregon including the Toledo Branch, Westside Branch, Bailey Branch, Dallas Branch, Willamina Branch, and the southern portion of the Newberg Branch. When Portland & Western was created in 1995, it eventually took over the remaining SP branch lines via a lease agreement that successor Union Pacific inherited in 1996. 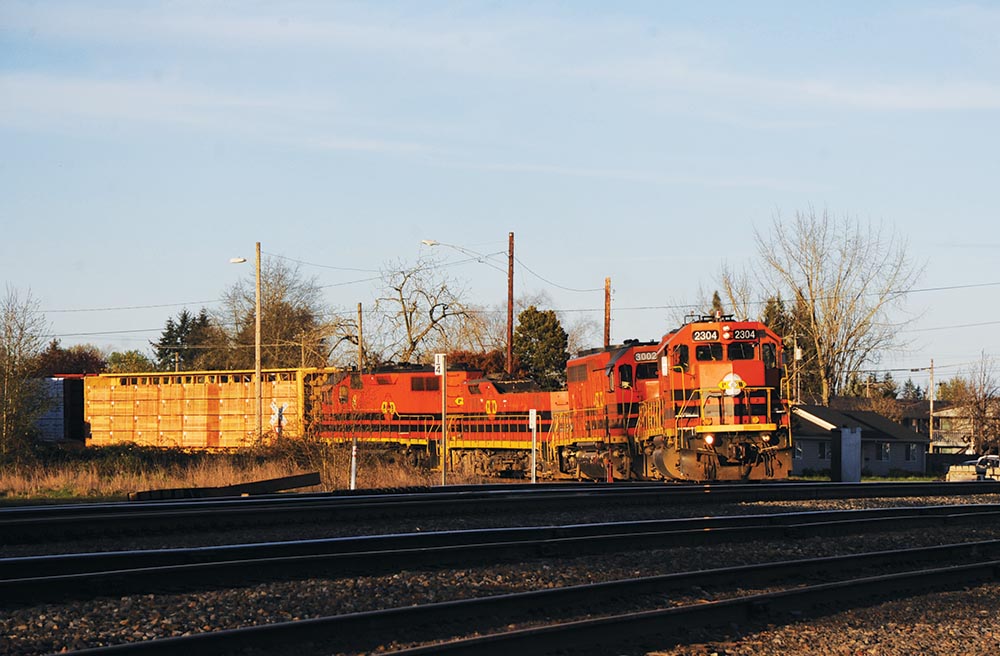 On March 19, 2015, the Toledo Hauler has received permission to cross over the Union Pacific main line and into Albany Yard from the Toledo Branch.

So why all the interest in a railroad that skims the surface of a deeply rooted history in Oregon? Southern Pacific in Oregon was a study in modern economic hard times. It was a race to record history changing as SP underwent an endless downward spiral to dispose of less-profitable secondary mains and branch lines, and headquarters in San Francisco was keen on reducing overhead. For me, my many visits from California to Oregon in the 1970s and later provided a collection of images that will forever keep Espee alive.

Turn the clock ahead a few decades, well past the 1996 SP merger with Union Pacific. Portland & Western slowed time down just a little, and created a canvas for continuing to record history. Yes, the paint scheme may have changed, but some of those branch line railroads were still turning some wheels.

My eventual retirement and escape from California brought me to Oregon, primarily the Willamette Valley. I had a sense of fulfillment as the move also brought me back where SP used to be.

Moving to the Pacific Northwest was not just about Southern Pacific’s past; it was about rediscovering the present. The many other railroads that make the region a wonderful place to be are also a part of why I chose to move here. I was no stranger to the area; I knew many local rail enthusiasts, particularly from my involvement with Winterail and my many visits to the area. Once I settled into my new home, I began to embrace the community I was now a part of. 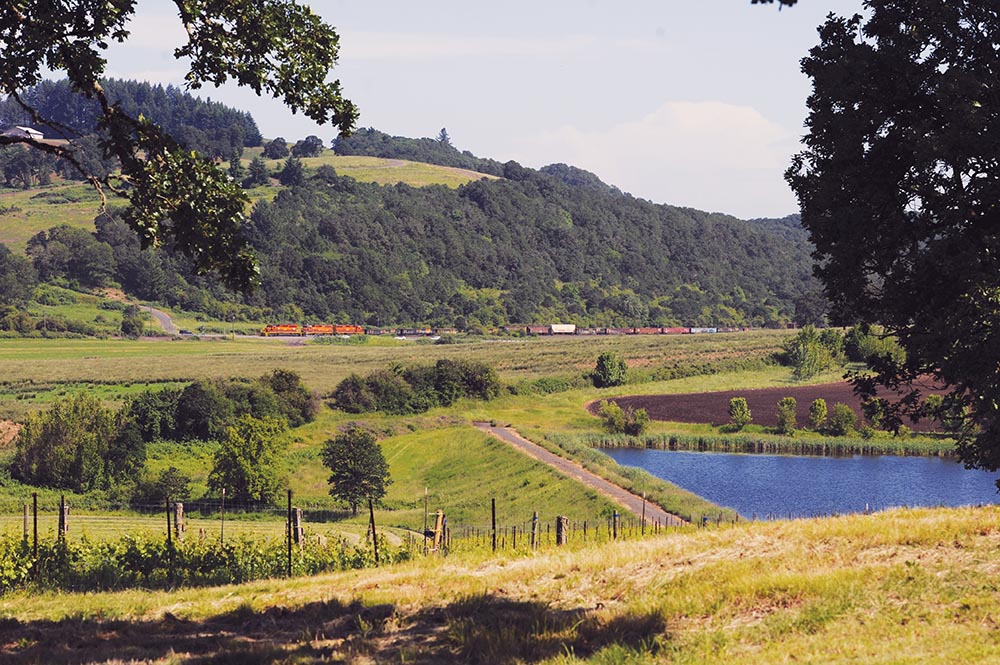 From a vantage point at Johan Vineyards, another very late Westsider with SD40-2 3369 on the point runs between Crowley and McCoy on May 31, 2019.

Moving Winterail — the big railroad photography exhibition, and a California tradition that I produce — to Oregon was not an easy choice. I was criticized for making a move that threatened the lifestyle of many railfans within driving distance of Winterail’s old home of Stockton, Calif. It was either let Winterail die in Stockton or let it survive in Corvallis. Many have since witnessed the positive results as Winterail thrives in its new home.

My interest in model railroading had also grown, and that opened up a new network of friends who share the hobby. One encounter took place at an operating session with one of the local home model railroads. I made eye contact with one of the guest operators, as he did me. We both instantly shouted out, “I know you!” He then countered, “Vic, I threw you out of the West Oakland diesel shop (for trespassing)!” Every jaw in the room dropped. Here’s the back story — I was wandering around after my work was done loading USPS mail onto Amtrak’s California Zephyr when we had this encounter. This individual was the SP road foreman of engines at the time and had since retired and moved to Oregon. Amazing that almost 40 years later, our paths crossed again while enjoying a mutual friend’s model railroad.

The P&W Toledo Branch is the closest railroad to my home, about two-and-a-half miles away, followed by the Westside Branch approximately five miles away, near the community of Adair Village. My first few years after relocating to Oregon were spent along the tracks, listening to the radio chatter, trying to determine the patterns and characteristics of the lines…