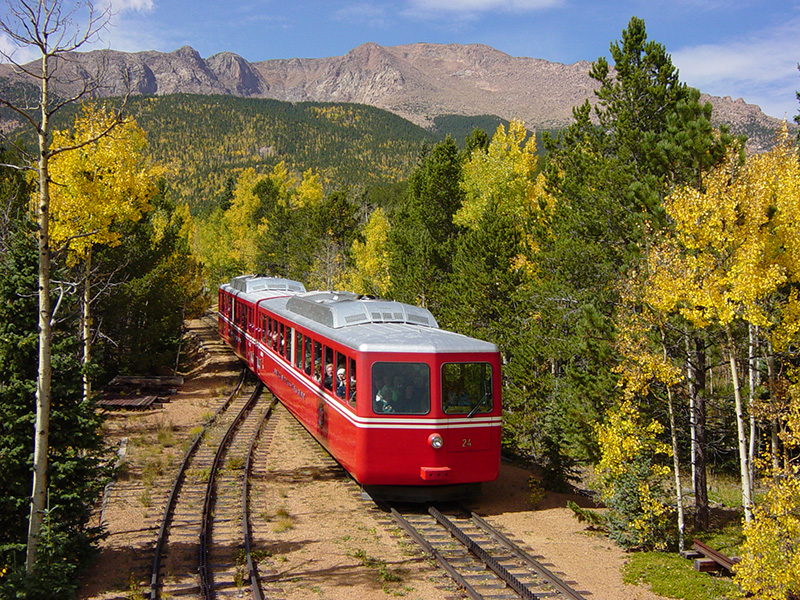 COLORADO SPRINGS, Colo. — Colorado’s Broadmoor Manitou & Pikes Peak Cog Railway is reopening following a three-year, $100 million rebuild. On Monday, the railroad announced it would resume operations in May and that there would be a special celebration on June 30, to mark the railroad’s 130th anniversary.

For decades, the Pikes Peak Cog Railway — one of two mountain-climbing cog railways in the country — has been taking passengers on a 9-mile journey up the 14,115-foot Pikes Peak. But by the 2010s, the line had fallen into disrepair and in 2017 it was announced it would need to shut down for a multi-year rebuild. Since then much of the track and infrastructure has been rebuilt and new railcars have been delivered.

“The Cog is an important part of Colorado and the West’s heritage,” said Ted Johnston, assistant general manager of the Railway. “We’re excited to re-open the railway for the public to experience and enjoy this scenic American adventure that has such a rich history. We’ve been working on this project for three years, and we are very excited to take our first trains and passengers up the mountain.”

Tickets for the summer season are now on sale. Adults can ride for $58 and children can ride for $48. The round trip up and down the mountain takes about three hours. Visit CogRailway.com for more information.