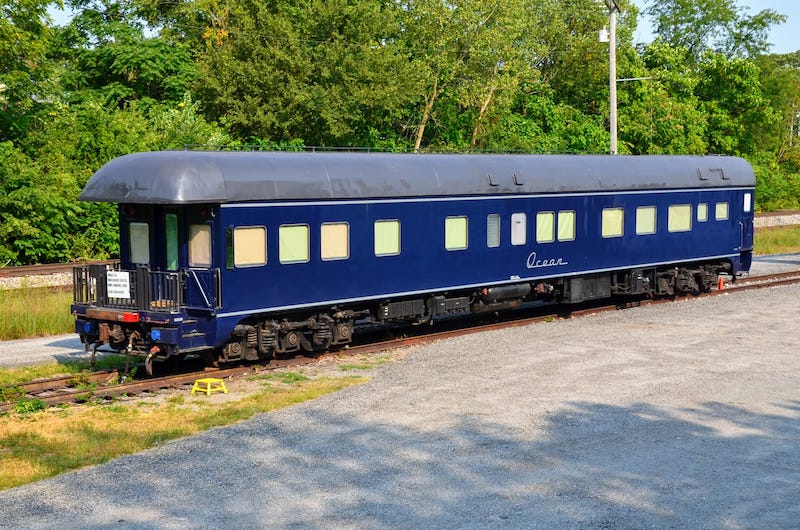 The Norfolk & Western Business Car 300 Preservation Society will be hosting an open house in Valparaiso, Ind., on October 9. Courtesy Photo.

VALPARAISO, Ind. — One hundred and four years after it rolled off the Pullman Company assembly line, Norfolk & Western business car 300 is getting a new lease on life. To celebrate, the owner of the car, the Norfolk & Western Business Car 300 Preservation Society, is hosting an open house on October 9, when people can check out the newly restored interior.

The group was established in 2019 by Bryan Lalevee, who spent three years negotiating with the previous owner to donate the car to a group with a realistic plan for its preservation. Since first talking with the owner in 2017, Lalevee has crafted a business plan, found a temporary home for the car and inspected it. A year ago, the car was formally donated to the non-profit and in January moved to a spur track in Valparaiso, Ind., where it has been restored.

“It has been intensely gratifying to save a piece of railroad history that really deserved to be saved,” Lalevee said.

The car was built by Pullman in 1917 for the United States Railroad Administration and was purchased by the N&W in 1920. The car stayed with N&W and later Norfolk Southern until the 1980s. In 1987, it was deemed surplus and sold. It was rebuilt to Amtrak standards in 1988 before being put in storage in 1991 where it stayed until this year. 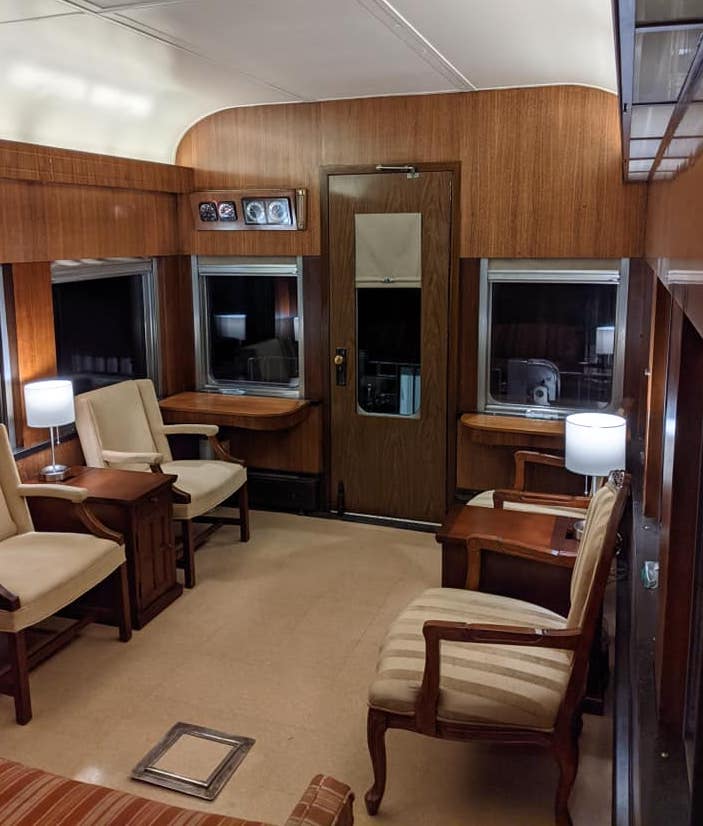 The recently restored interior of N&W 300.

Lalevee said while the exterior was in excellent condition, the interior of the car needed a lot of work due to mold damage. He and a few regular volunteers have been working on the car since last winter. In that time, they stripped the interior, painted it, put in new flooring and carpet, and restored all the window shades. Recently, they restored the generator, enabling the lights and other appliances (like a fridge and air conditioning) to work again. Lalevee said getting to that step was a big moment.

“It was so awesome to know that this car was alive again,” he said.

Now that the interior is done, the group is welcoming the public to take a look on October 9, from 11 a.m. to 3 p.m. Tours and ice cream will be provided. Donations are greatly received and masks will be required for unvaccinated visitors. Directions can be found online.

After the open house on October 9, the car will move north the following week to its new home on the Little River Railroad in Michigan, where it will be used on excursions. Lalevee said the group eventually hopes to secure its own property where it can build a long-term home for the car. For more information, visit www.nw300.org.