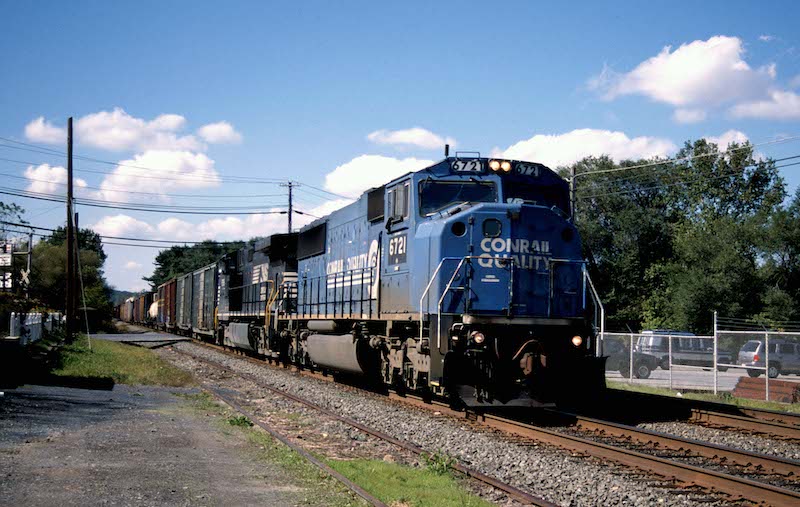 Last year, NS retired the last of its 25-year-old SD60I locomotives and 6721 will see new life with the Penn State program. It was renumbered “PSU 2020.”

“Our students will get to really roll up their sleeves and learn the inner workings of a diesel electric locomotive,” said Bryan Schlake, assistant teaching professor in rail transportation engineering. “I don’t know of any university in the country that can offer this type of in-depth education in locomotive function and design.”

Conrail was the only railroad with the SD60I model – an SD60M with an “isolated” or “whisper” cab designed to reduce noise for the crew, according to the Conrail Historical Society. Constructed in 1994 and 1995, many of Conrail’s 81 units were assembled at the Juniata shops in Altoona, Pa. from kits supplied by General Motors. With the Conrail split in 1999, the locomotives were divided between CSX and NS.

Although the locomotive will not be operational, it will be used to teach students about locomotive parts, where components are located, and how they fit together, according to the university. It will be used in several classes, including Railroad Operations & Safety, Communications & Signals and Railroad Mechanical Practicum. It will also be used in various electro-mechanical engineering technology courses, independent study courses and future engineering summer camps.

Built as Conrail 5582, the Penn State SD60I will be located at Curry Rail Services in nearby Hollidaysburg, Pa. The company will also paint the locomotive as a donation, and a design competition is underway. In any case, it’s probably a safe bet that it will wear a rendition of the university’s dark blue and white.