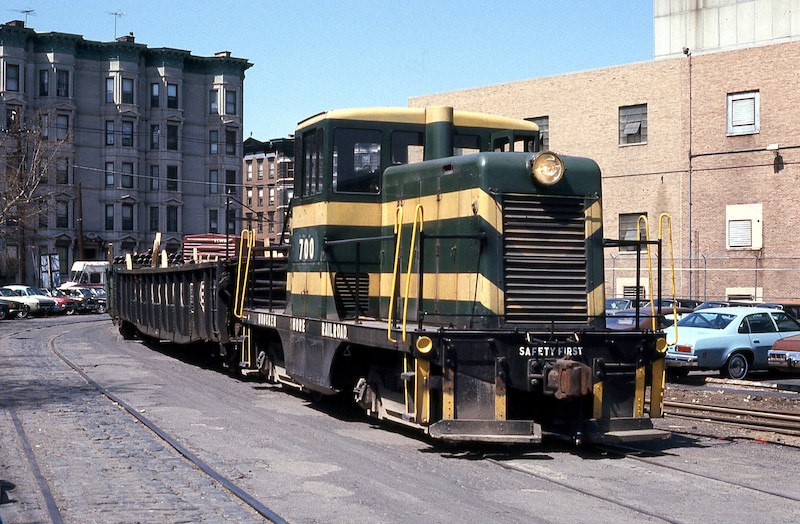 In the railroad’s waning days, Hoboken Shore Railroad No. 700 passes 11th Street yard on April 14, 1975, on its way to Pier A when American Export was shipping located there. Photo by Rich Taylor.

Tri-State Railway Historical Society and Operation Toy Train have purchased Hoboken Manufacturers Railroad 700 and Middletown & New Jersey Railroad 2 from Regional Rail LLC, a short line holding company that includes M&NJ. Both locomotives were built in 1947 and worked in the Tri-State region for decades.

M&NJ 2 was originally built as American Cyanamid 5 and worked at American Cyanamid’s Calco Chemical Division in Bridgewater, N.J. In 1963, the engine was acquired secondhand by the M&NJ to supplement the railroad’s original 44-ton locomotive. The locomotive worked on the M&NJ until 2007. In 2009, when Regional Rail acquired the short line, the switcher was sent to a contract switching operation in Pennsylvania.

Hoboken Manufacturers Railroad 700 worked the Hoboken waterfront starting in the 1940s on a railroad that was less than two miles long. The railroad later became Hoboken Shore Railroad before closing in 1976. The 700 had a number of owners afterward but eventually ended up on the Tyburn Railroad in Pennsylvania, which was also acquired by Regional Rail. Locomotive 700 is the only surviving piece of equipment from the Hoboken Manufacturers Railroad.

Seeing the historic value in both locomotives, Regional Rail contacted Tri-State and Operation Toy Train (which is establishing a rail museum in Port Jervis, N.Y.) about acquiring the locomotives. The offer was accepted quickly. The sale price for both locomotives, which includes parts, was not disclosed.

M&NJ 2 will be put on display at Operation Toy Train’s facility in Port Jervis and Hoboken 700 will head to Boonton. Both locomotives will be restored to operating condition. 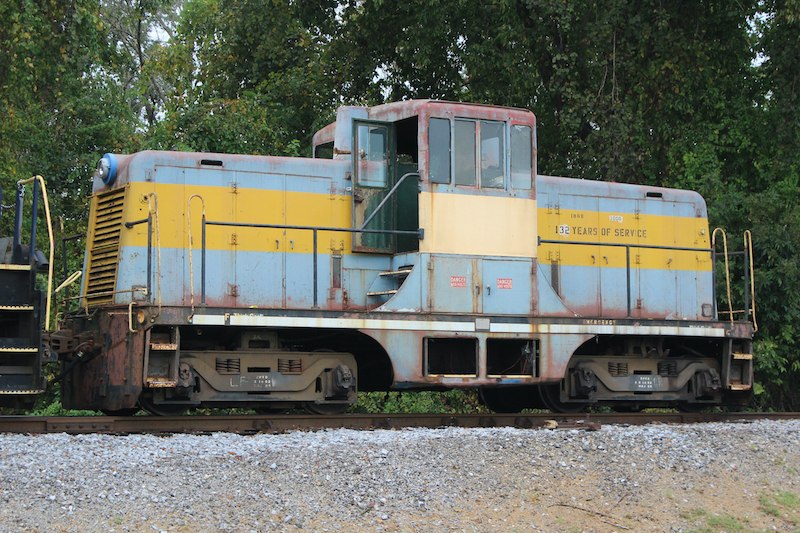 Middletown & New Jersey Railroad 2 is shown in its current condition in Manheim, Pa., on September 30, 2019. Photo by Jacob Rink.

“The Middletown & New Jersey Railroad operated from Middletown, N.Y., to the New Jersey state line, with the whole 15-mile line running less than 20 miles away from Port Jervis,” said Rudy Garbely, a director of Operation Toy Train. “When 2 became available, it made perfect sense to preserve it at the Port Jervis Transportation History Center as a prime example of equipment from a local railroad.”

“We are returning 700 home to New Jersey after an absence of forty-five years,” said Richie King, treasurer of the Tri-State Railway Historical Society and incoming president. “This locomotive is the last piece of equipment from a railroad with deep ties to Hoboken, the Stevens family, Stevens Institute, and New Jersey’s industrial’s heritage – it had to be saved, without question.”

The two organizations have launched a joint campaign, called Operation 88, to fundraise $15,000 to complete the project. These funds will be used to cover the remaining transportation costs, mechanical upgrades, and repainting the locomotives into their historic liveries. Funding for the acquisition and initial transportation costs was secured from Liberty Historic Railway, Inc., a New Jersey-based non-profit that has funded numerous preservation efforts in years past, as well as contributions from private donors. To learn more about the project and to donate to the restorations of both locomotives, visit www.Operation88.org.