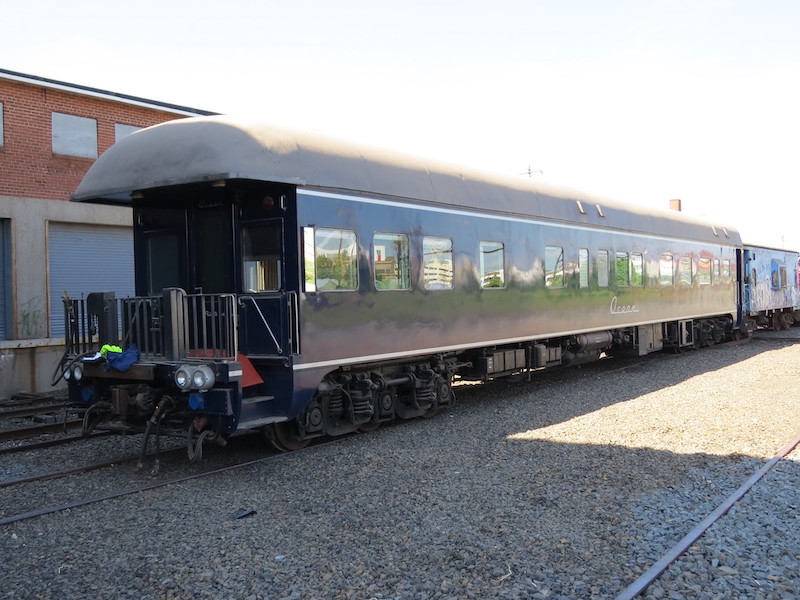 N&W 300 was recently acquired by a non-profit that plans on moving the car to Indiana and later Michigan. Photo Courtesy of Norfolk & Western Business Car 300 Preservation Society.

COLDWATER, Mich. — A non-profit has been established to save and restore Norfolk & Western business car 300, better known as “Roanoke,” a prime specimen of the Pullman era that had been in storage for nearly 30 years.

The Norfolk & Western Business Car 300 Preservation Society was established in 2019 by Bryan Lalevee who has spent the last three years negotiating with the previous owner to donate the car to a group with a realistic plan for its preservation. Since first talking with the owner in 2017, Lalevee has crafted a business plan, found a temporary home for the car and inspected it. On Oct. 8, the car was formally donated to the non-profit.

“After three years of negotiations, our dream is now a reality,” Lalevee said. “This is a true barn find as it has been stored inside a warehouse since 1991. The car is currently on the East Coast. After a long overdue COT&S and brake valve upgrade, the car will travel to Valparaiso, Ind., for a temporary stay while we get the car up and running. She will then be shipped to our home base in Coldwater, Mich. to be operated in excursion service on the Little River Railroad.”

The group is currently making the car roadworthy and said it could head west as early as Thanksgiving.

The car was built by Pullman in 1917 for the United States Railroad Administration and was purchased by the N&W in 1920. The car stayed with N&W and later Norfolk Southern until the 1980s. In 1987, it was deemed surplus and sold. It was rebuilt to Amtrak standards in 1988 before being put in storage in 1991 where it has been protected from the elements ever since.

The group plans on bringing the car back up to Amtrak standards so that it can be used in main line excursion and charter service in the future.