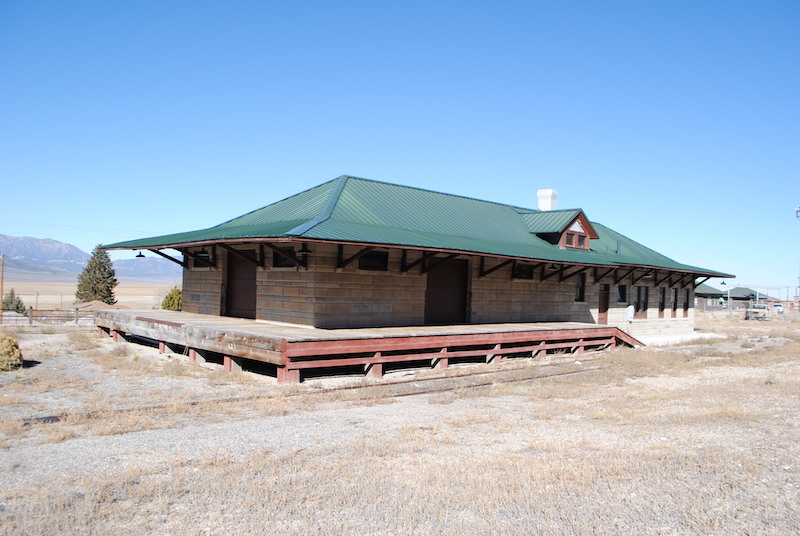 Nevada Northern Railway gets $10 million grant to rebuild a branch to McGill, Nevada, over the next two years. The railroad has already partially restored the depot in McGill. Courtesy Photo.

EAST ELY, Nev. — The Nevada Northern Railway has received a $10 million grant from the Bureau of Land Management to rebuild its branch to McGill, Nev., just north of its home base in East Ely. The grant, courtesy of the Southern Nevada Public Land Management Act, will help rebuild six miles of track, four grade crossings and put the finishing touches on the restored McGill depot.

“With a little luck, trains will actually be returning to the McGill Depot in about 18 to 24 months! This will fulfill a dream that we have had for almost forty years,” said Executive Director Mark Bassett.

Presently, trains run south of Ely to Keystone and north to McGill Jct. The line from McGill Jct. to McGill, about six miles, has been out-of-service for decades. Bassett said some money will also go to improving the track between Ely and McGill Jct, as well as building a trail alongside the right-of-way.

Bassett said being able to run to McGill “changes everything” for the museum and the community because it will give the railroad a destination for its excursions. The museum also hopes to install a turntable in McGill so that it can turn its locomotives.