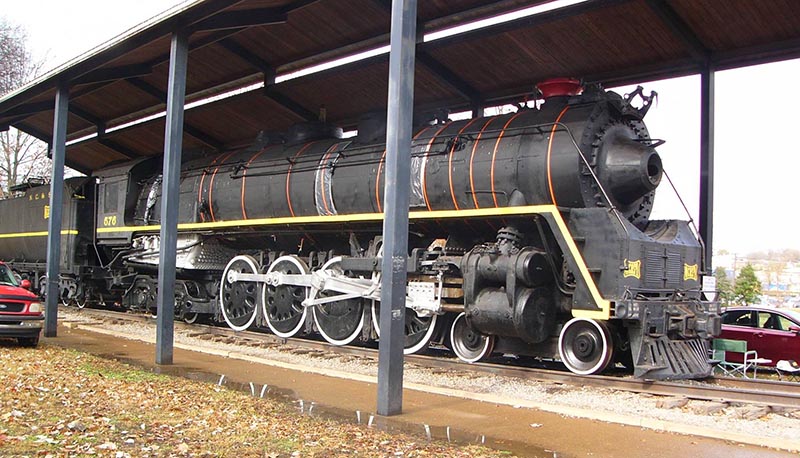 The Nashville Steam Preservation Society (NSPS) announced today that former Nashville, Chattanooga & St. Louis Railway (NC&StL) steam locomotive No. 576 will make its long anticipated move from Centennial Park and back to live rails on Sunday, January 13, 2019. This effort is the culmination of more than two years of fundraising and volunteer labor, and it will be accomplished by hauling the locomotive and tender nearly two miles down some of the busiest streets in Nashville on specially-equipped, multi-wheeled trailers. The move of No. 576 will enable NSPS to undertake an in-depth, multi-year overhaul to return the locomotive to operational condition, after which point it will pull excursion trains for the general public on the Nashville & Eastern Railroad, between Nashville and easterly communities including Lebanon, Watertown and Cookeville.

“Metro Nashville, Metro Parks and the railroads have been a big help to us in coordinating the logistics of this monumental task, and our hard working volunteers have invested more than 8,000 hours preparing the locomotive for this day” said Shane Meador, NSPS President. “We want to share this special move with the general public, and all are invited to come out and watch.”

Once No. 576 is delivered to the Nashville & Western Railroad (NWRR), NSPS crews will spend four-to-six weeks preparing the locomotive for its four-mile rail journey across town. The locomotive will be towed on its own wheels from the NWRR to sister railroad Nashville & Eastern Railroad (NERR), by CSX Transportation, the third largest railroad in North America and successor company to the NC&StL. It will then be moved to the restoration facility at the Tennessee Central Railway Museum.