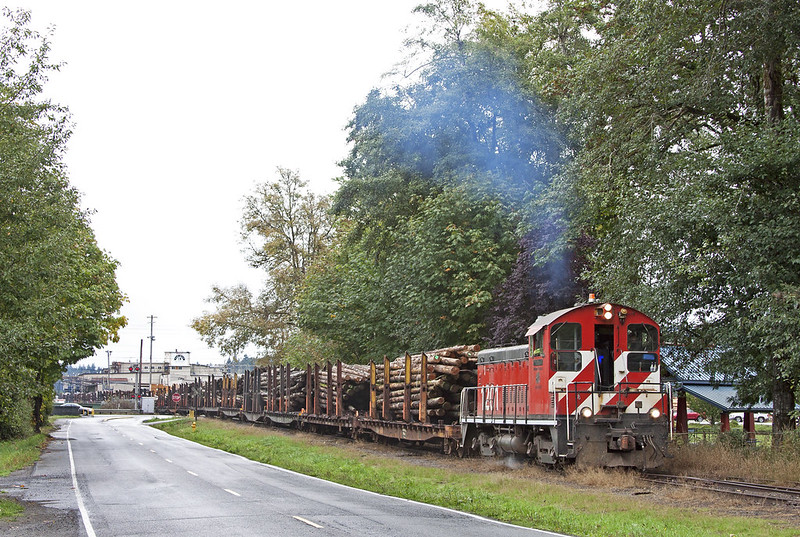 SHELTON, Wash. — A group of volunteers trying to preserve “America’s Last Logging Railroad” in western Washington are circulating a petition trying to stop a local municipality from ripping up the rails that connect it to the outside rail network.

The Peninsular Railway & Lumberman’s Museum was established in 2017 to preserve the former Simpson Railroad, which ceased operations in 2015 and was the last logging railroad operating in the United States. The non-profit museum has set up shop outside of Shelton at an old rail yard and is hopeful to start running excursions this year on the 10 miles of track that remain.

Earlier this month, volunteers with the museum started circulating a petition demanding that the City of Shelton, Wash., stop ripping up the track through town. According to the museum, the city wants to replace the rail line with a trail. Most of the former Simpson Railroad is still owned by the timber company’s successor and leased to the museum but the section of track through Shelton is now owned by the town.

Jeff Niten, city manager of Shelton, tells Railfan & Railroad that only a short section of track has been taken up so far so that some street work can happen but that eventually 1.5 miles of track will be replaced with a trail. Because Simpson was an industrial railroad, the city wouldn’t need permission from the U.S. Surface Transportation Board and only has to inform the Washington Utilities and Transportation Commission of its plans.

Regardless of what’s happening to the tracks down in Shelton, at the museum outside of town volunteers are getting ready for a busy summer. Over the last few years, they’ve offered rides on a home-built speeder but this year they’re hopeful that they’ll be able to run more regular excursions with one of the former Simpson locomotives, a caboose and a soon-to-be-restored passenger car. For more information, visit the museum’s Facebook page.