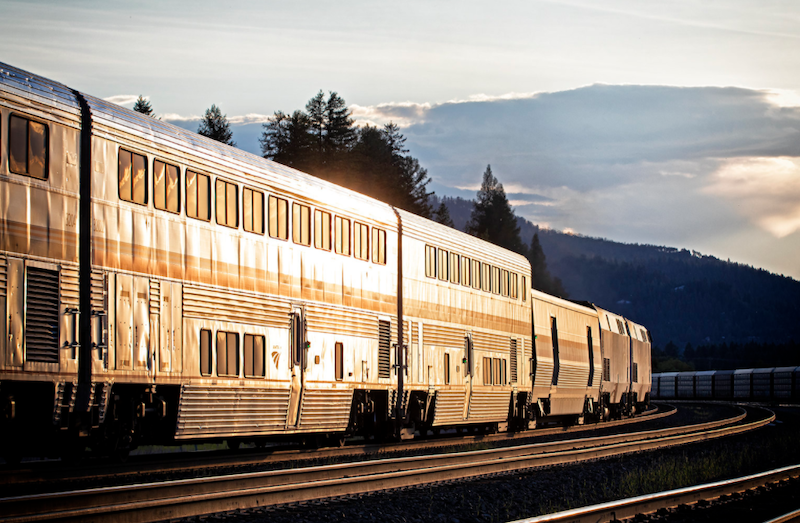 MISSOULA, Mont. — A grassroots effort is underway in Montana to restore passenger rail service across the southern part of the state. On Thursday, the Big Sky Passenger Rail Authority held an online summit featuring local politicians and the president and CEO of the Passenger Rail Association.

While Amtrak still operates the Empire Builder across the northern part of the state on the former Great Northern Railway, the southern part of the state — including cities like Missoula, Helena and Bozeman — lost service 41 years ago when Amtrak suspended the North Coast Hiawatha (a hybrid of the Northern Pacific’s North Coast Limited and the Milwaukee Road’s Hiawatha). Today, the route is mostly used by Montana Rail Link, which leases it from BNSF Railway.

The Big Sky Passenger Rail Authority is being modeled after the Southern Rail Commission, which is spearheading the effort to restore service to the Gulf Coast. Missoula County Commissioner Dave Strohmaier is leading the Montana effort.

“We might be able to replicate the Southern Rail Commission model here in the Northern Rockies and Pacific Northwest and Intermountain region,” Strohmaier said.

During his remarks, Passenger Rail Association CEO Jim Matthews said the Empire Builder brings more than $5 million in direct spending in the state. He said that the same could happen in the southern part of the state.

“When you start talking about passenger rail everybody wants to know if the train is gonna make a profit,” Matthews said. “And I think if we can start to assess the benefits of rail to the community and start to view this as the investment that it actually is, and to start to see the returns that come to the communities as the taxpayers return on equity or return on investment, I think we can change the conversation.”