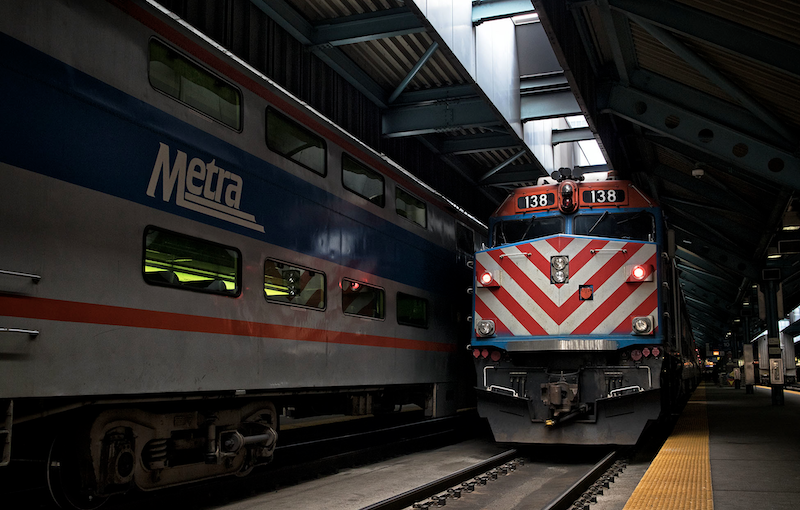 CHICAGO — Illinois commuter operator Metra filed a lawsuit against Union Pacific in Cook County Circuit Court on Oct. 14, alleging the freight railroad “of severely damaging Metra’s bottom line, reputation and customer experience by an ‘arbitrary and capricious’ refusal to deploy its conductors on the three lines that UP owns and operates in the Metra system.” In addition to monetary damages, the lawsuit seeks a permanent injunction demanding that UP conductors and onboard personnel resume carrying out all of their required duties, which include selling and validating all tickets and making repeated passes through the cars to assist customers and promote orderly conduct.

“We strongly disagree with how Union Pacific Railroad has been operating commuter service,” said Metra CEO/Executive Director Jim Derwinski. “We have given UP management numerous opportunities to provide the necessary level of service as on our other lines, but they have refused to address these issues in any meaningful way and have left us no recourse but to seek relief through the courts.”

Since the early days of the COVID-19 pandemic, UP has refused to let its conductors and other onboard employees collect fares over concerns that they could contract the virus by handling money. While other commuter operations followed suit in the early days of the pandemic, most have gone back to having employees collect fares and tickets after having implemented enhanced cleaning procedures.

“Conductors at every other large commuter railroad in the country are collecting fares and working the railcars, following the recommendations of the CDC and health officials to do it safely,” Derwinski said. “At a time when Metra’s essential workers are striving to maintain service for the region’s essential workers, UP is dodging its obligations and exempting its workers.”

The news was the latest in a long, ongoing drama between UP and Metra. Metra’s new lawsuit comes just months after UP filed its own lawsuit against the commuter agency in an effort to get out of operating three different lines for Metra: the North Line to Kenosha, Wis.; the West Line to Elburn, Ill.; and the Northwest Line to McHenry and Harvard, Ill. The freight railroad absorbed operations on the three lines when it took over Chicago & North Western back in 1995 and is paid approximately $100 million annually to do so.

In 2019, UP and Metra began to negotiate a new contract for the service but UP later filed a suit stating that it did not need to run the commuter trains for the agency. The commuter railroad countered that it has a common carrier obligation and that it is trying to “gain leverage” in negotiations. The commuter railroad argues that if the UP had a legitimate issue, it would go to the U.S. Surface Transportation Board with it. For its part, STB informed both Metra and UP that it would not be stepping in to resolve the dispute.