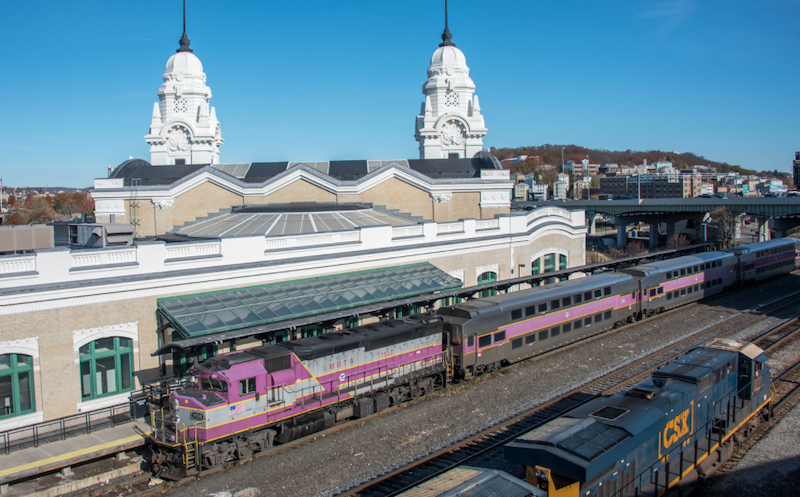 A bill working its way through the legislature calls to have MBTA’s Commuter Rail electrified by 2025. If lawmakers get their way, wire would reach Worcester by the end of 2026. Photo by Steve Barry.

BOSTON — Massachusetts lawmakers are considering legislation that would require the Massachusetts Bay Transit Authority to electrify its commuter rail system by 2035 — an ambitious goal that is much faster than what agency officials have said was possible in the past.

Introduced by Sen. Brendan P. Crighton, the bill currently being considered would require total electrification within 12 years and partial electrification of the Newburyport/Rockport and Providence/Stoughton lines by December 31, 2024. After that, it would require electric trains operating on the Framingham/Worcester line by the end of 2026; the Middleborough/Lakeville line by 2027; and everything else by 2035. It also calls for increased train frequencies on all routes.

Electrifying the commuter rail has long been a goal of MBTA, but officials there have said it would take decades. Just last year, Alistair Sawers, head of rail transformation for the agency, told the MBTA Board of Directors that the railroad wouldn’t have the maintenance facilities for electric trains until at least 2032. He also estimated that it would take until 2063 to get wire above all 331 miles of the commuter rail system.