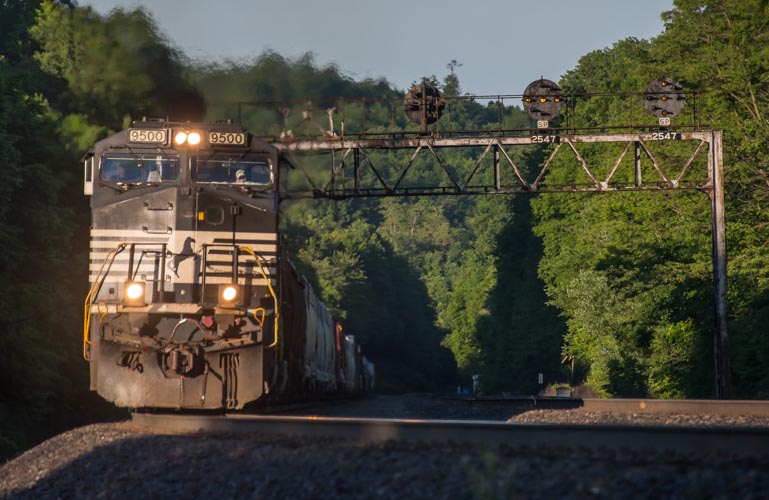 Machinists vow to continue to negotiate for a new contract until September 29. Photo by Steve Barry.

WASHINGTON — With the clock ticking toward either a national strike or a lockout, at least one union’s membership voted to reject a contract put forward by the Class I railroads and accepted by its leadership on Wednesday. The vote by members of the International Association of Machinists and Aerospace Workers to reject a contract made it seem as if a strike or lockout at the end of the week was unavoidable as tensions within the industry continued to rise.

The vote by the machinists to reject the contract came just a few days after the leaders of the Brotherhood of Railroad Signalmen decided to reject a new offer by the Class Is and not even take it to members.

The machinists union did however authorized negotiations to continue with the Class Is until September 29. This means the machinists will not strike unless other groups do first.

“IAM freight rail members are skilled professionals who have worked in difficult conditions through a pandemic to make sure essential products get to their destinations,” the union said. We look forward to continuing that vital work with a fair contract that ensures our members and their families are treated with the respect they deserve for keeping America’s goods and resources moving through the pandemic. The IAM is grateful for the support of those working toward a solution as our members and freight rail workers seek equitable agreements.”

Late Wednesday, one union did take a deal: members of the Transportation Communications Union/IAM approved a contract that would give them a 14 percent pay increase and thousands of dollars in back pay.

While deals have been made with some of the smaller unions in recent weeks, contracts with the two biggest — the Brotherhood of Locomotive Engineers & Trainmen and SMART Transportation Division — remain elusive. Those unions, made up of engineers and conductors, have been asking for better working conditions and changes to employee attendance policies.