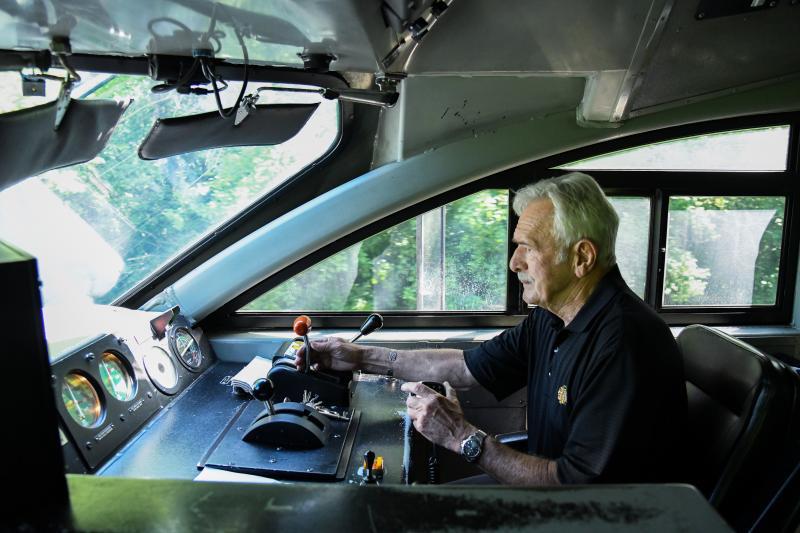 John Appel at the throttle of a Metra commuter train. Photo Courtesy of Metra.

CHICAGO — The last Metra locomotive engineer to have worked for the Chicago, Milwaukee, St. Paul & Pacific Railroad pulled the pin on Monday after 52 years of service. John Appel ended his railroading career in style at the throttle of Metra 405, the commuter agency’s Milwaukee Road heritage unit, while running a Milwaukee District-North commuter run.

Appel hired out as a fireman in 1968 and spent the first 41 years of his career on the Milwaukee’s Fox Lake Subdivision, part of which was spent in freight service. He joined Metra in 1987 when the agency took over commuter operations for the Milwaukee. He also spent about a decade working Metra’s North Central Service. While Appel was dismissive of the significance of his retirement on Monday — “There’s nothing special about me. I’m just another guy retiring,” Appel said, according to the railroad — his coworkers said it was a big loss for the agency. 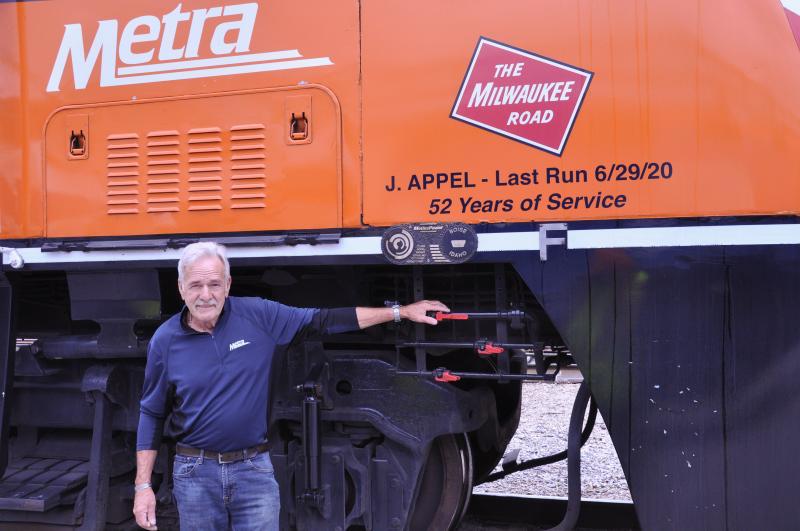 “John raised us,” said Metra conductor Ryan Dempsey. “I was just a kid when I started. He picked on us a lot over the years, but he taught us it’s serious out there and to never be complacent. We’re running million-dollar equipment with thousands of lives. I’m ecstatic for him, but he’s going to be truly missed.”

The engineer came to railroading in a roundabout manner. He was 17 years old, had just graduated from high school and was dating a girl whose father worked for the railroad. “He said, ‘If you’re gonna date my daughter, you gotta get a job.’ So that’s how I started,” Appel recalled. After a few years as a fireman, he became an engineer in 1973. Appel took special care to give advice to younger railroaders over the years too. “It’s one thing reading a rule book, and it’s another when you’re out there,” said conductor Don Kiesgen Jr. “John breaks it down so much easier. He’s very knowledgeable and he’s a true brother. He taught us it’s what’s best for everybody. It’s not me, it’s us.”

Appel estimates he’s traveled enough miles on trains to make four trips to the moon and back in the last 52 years. Looking back over a half-century of service, Appel said his favorite assignment was aboard Nickel Plate Road 765 when the locomotive led a series of excursions on Metra in 2016. “I was picking cinders out of my hair for a week,” he said.