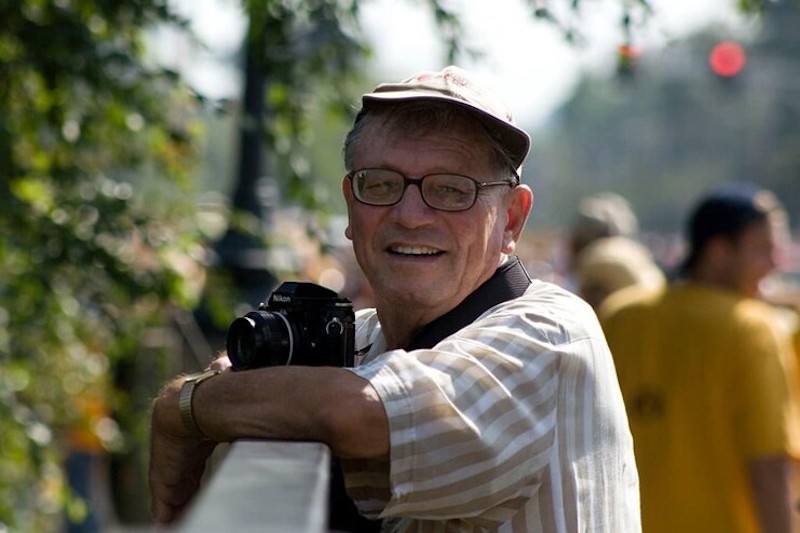 John Dziobko Jr., was a prolific railroad photographer who started shooting American railroads in the 1940s.

MADISON, Wis. — John Dziobko Jr., a prolific railroad photographer known to many as the man behind the popular “GodfatherRails” website, died on August 5, in Madison, Wis. He was 89 years old.

Dziobko started shooting railroads in his native New Jersey back in 1948. While many photographers of the era worked in black & white, Dziobko was an early user of Kodachrome, a film that before long became the standard for railroad photographers. “I see trains in color, that’s how I wanted to preserve them,” he once said. Over the decades, Dziobko’s work appears in Railfan & Railroad and Trains, but in the internet era he was best known for his website.

He was born in Newark, N.J., in 1932 and worked for three decades as a mathematician and statistician for the military in New Jersey and later Illinois. Over the years, Dziobko photographed railroads across the country and around the world, but the Pennsylvania Railroad was among his favorites.

A funeral was scheduled for August 10 in Madison. In lieu of flowers, friends of Dziobko have asked that people make a donation to a local humane society or one of the many railroad historical societies. Dziobko was a proud member of the National Railroad Historical Society for nearly 70 years.

“He was uniquely a one-in-a-lifetime kind of guy. An original. His voice, chuckle, childlike curiosity, gifted extraordinary intellectual aptitudes and exceptional rail photography will be remembered and never forgotten,” his friends wrote in his obituary.