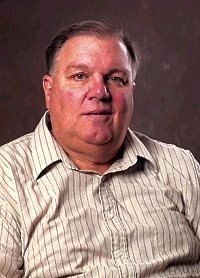 Ingles was a familiar name in railroad media for nearly five decades and was on the masthead of at least three different Kalmbach Media publications: Trains Magazine, Trains Illustrated and Classic Trains.

Ingles was a Chicago native and got his interest in railroading from his father. He graduated from MacMurray College in Jacksonville, Ill., and the University of Tennessee in Knoxville, Tenn., before working at three different newspapers. He was hired by Kalmbach in 1971 and worked as assistant editor of Trains under the legendary David P. Morgan. Ingles was associate editor and managing editor before replacing Morgan at the top of masthead in 1987. Ingles remained editor-in-chief until 1992 when he was named senior editor. He left Trains in 2005 but continued as senior editor and contributing editor at Classic Trains until his death.