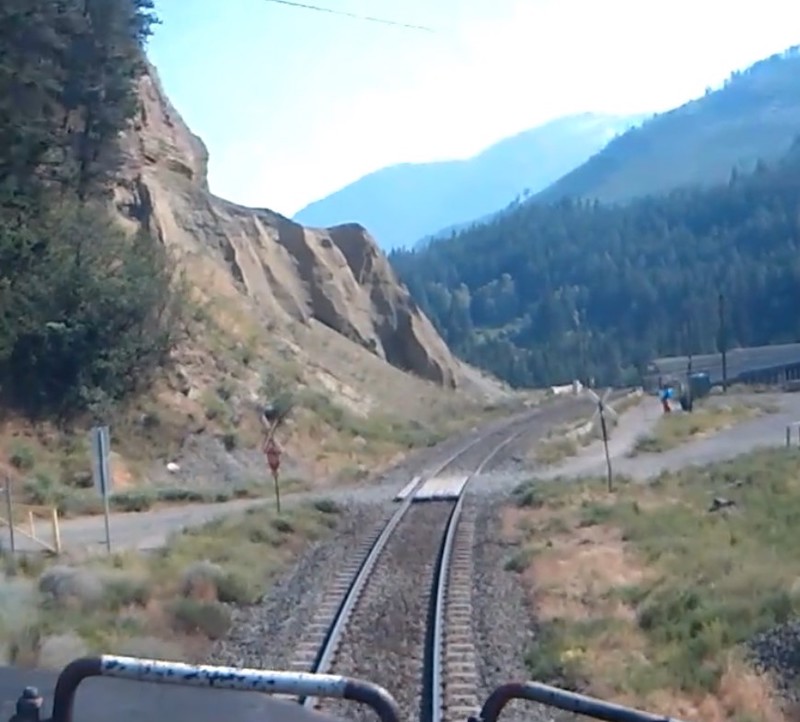 A video clip from the front of a Canadian Pacific freight train at about the same time the deadly wildfire started. Photo Courtesy of TSB Canada.

LYTTON, B.C. — The Transportation Safety Board of Canada said Thursday that there was no evidence to connect a train to a devastating wildfire in British Columbia that killed at least two people and leveled most of the small town of Lytton.

On June 30, 90 percent of Lytton in the Fraser River Canyon was destroyed by a fire. Rumors spread in the community shortly after that the fire had been started by a passing train and the TSB quickly responded to the scene. A few days later, the Canadian government asked Canadian Pacific and Canadian National — both of which jointly operate the two lines through the canyon — to suspend operations for 48 hours while locals assessed the damage.

TSB investigators inspected the final train that went through the area before the fire as well as other pieces of railroad equipment that were present. They also reviewed onboard cameras from trains and concluded that the fire was not a result of the railroad operations. The cause of the fire is still under investigation by the BC Wildfire Service and the Royal Canadian Mounted Police.