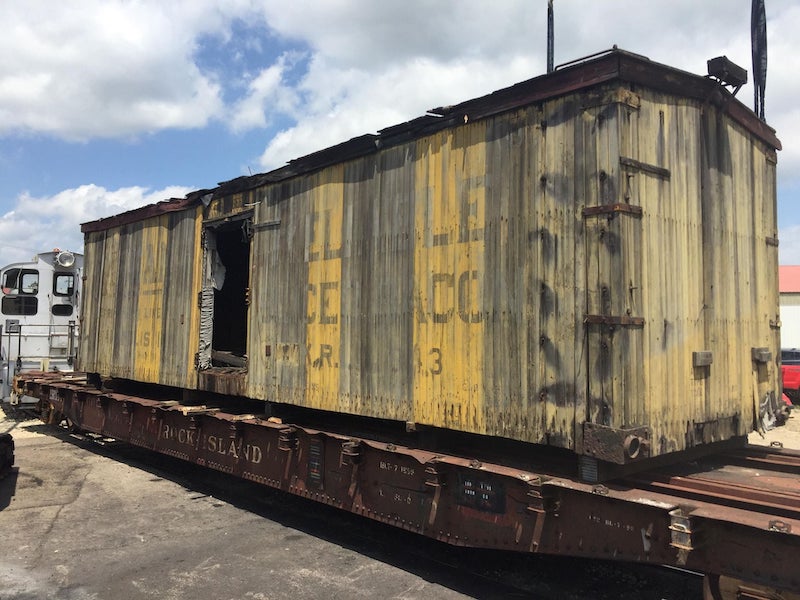 UNION, Ill. — The Illinois Railway Museum has saved a unique slice of American railroad history: a rare 36-foot-long refrigerated boxcar that once carried and advertised bacon.

Refrigerator car 943 was built by American Car & Foundry in Chicago in 1910 for Kingan and Company of Indianapolis, which had one of the largest reefer fleets in the country. Car 943 was painted bright yellow and advertised Kingan’s Reliable Sliced Bacon until it was retired in the 1930s. 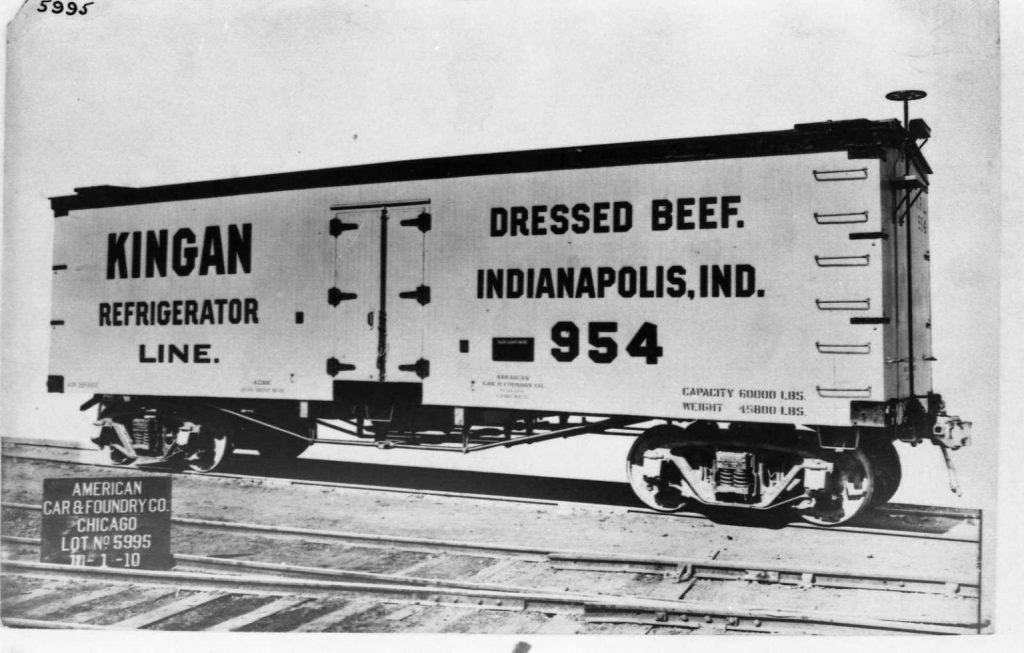 A similar car to the one saved by the Illinois Railway Museum.

It was common to find advertising on the side of boxcars until the 1930s when the Association of American Railroads prohibited the practice. The issue was that some customers were upset having their products shipped in freight cars advertising a competitor’s product. Officials with IRM said that it is one of the only genuine billboard cars known in existence and that the advertising paint is still visible on it. After the car was retired in the 1930s, it was moved to a warehouse in Indianapolis to store documents. The warehouse was torn down in 2014, but the car was saved. Officials credit the indoor storage for preserving the car. The car was moved to Kirklin, Indiana, before coming to IRM. The car arrived at the museum earlier this month.

“The car is significant as it is a full generation older than the other refrigerator cars in the IRM collection. It is also one of a very few genuine billboard cars known to exist, as billboard advertising on railroad cars was outlawed in the early 1930s,” officials wrote. “The museum’s intention is to restore the car for display and potential operation on IRM’s demonstration railroad.”