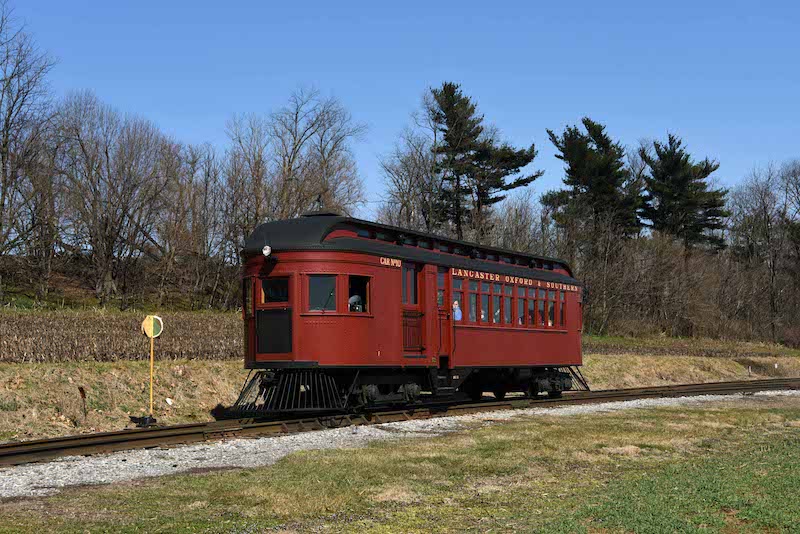 Its last runs of the season are set for Thursday, March 25 and Friday, March 26 before steam locomotives take over the schedule full time.

Car 10 was built by the Sanders Machine Shop of Havre de Grace, Md. in 1915 for the narrow gauge LO&S. Constructed as a cost-saving measure, the car’s goal was to replace steam and reduce maintenance and crew costs, according to the Strasburg Rail Road. It’s the last piece of equipment from that line, which shut down in 1918.

The car was sold to the Grasse River Railroad in New York, where its trucks were widened for standard gauge and re-numbered 12. Purchased in 1960 by Winston Gottschalk, a Strasburg vice president, it was restored in 1973 and leased out until returning to Lancaster County in 1985. It ran until 1991 and underwent another restoration, re-entering service in 1997.