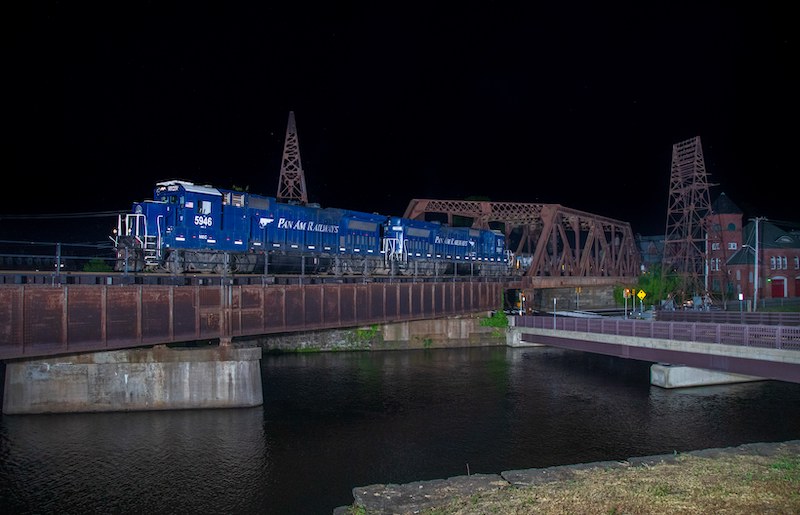 The Final Hours: Pan Am Railways SPED (Springfield to East Deerfield, Mass.) passes through Holyoke, Mass., at 10:27 p.m. on Tuesday night, not long before CSX Transportation took over the New England regional. Photo by Justin Winiarz.

NORTH BILLERICA, Mass. — New England’s Pan Am Railways is no more. On Wednesday, CSX Transportation took over Pan Am, six weeks after the U.S. Surface Transportation Board approved the transaction.

The acquisition of the largest independent regional railroad in the country by a Class I will dramatically alter the New England rail landscape, although on Wednesday little had changed trackside: Most trains were operating as normal behind Pan Am power (although some of those locomotives are in CSX paint, which PAR had purchased second hand from the Class I a few years ago). CSX President and CEO Jim Foote touted the final acquisition as a win for shippers and railroaders alike.

“We are excited to welcome Pan Am’s experienced railroaders into the CSX family and look forward to the improvements we will make together to this important rail network in New England, bringing benefits to all users of rail transportation in the Northeast region,” Foote said. “This acquisition demonstrates CSX’s growth strategy through efficient and reliable freight service and will provide sustainable and competitive transportation solutions to New England and beyond.” 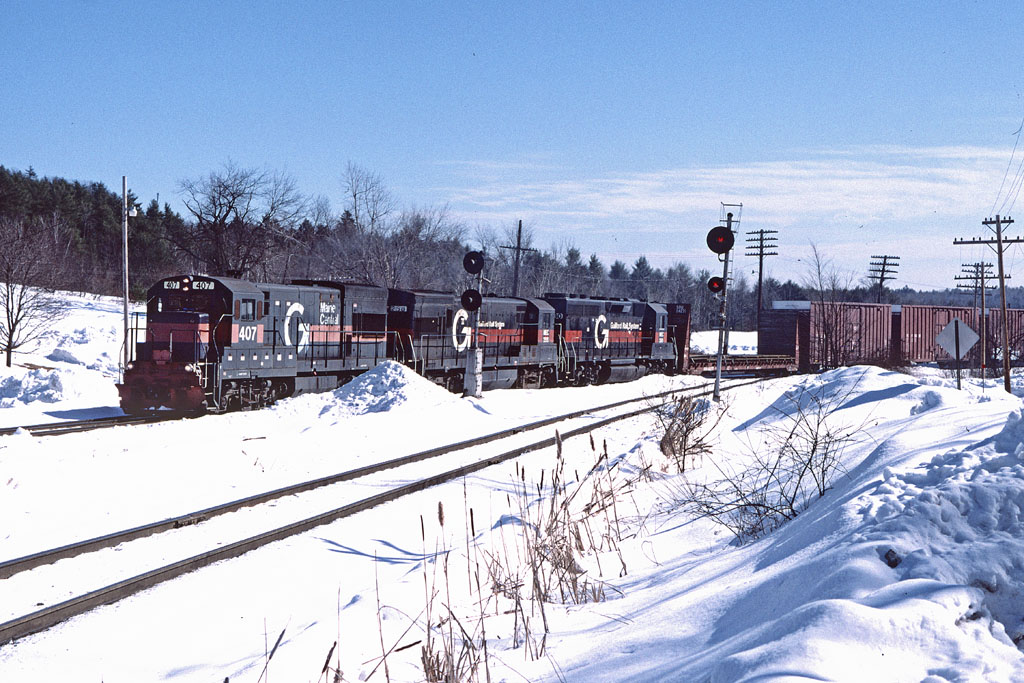 Always Interesting: In January 2001, two rare General Electric locomotives — a former Maine Central U18B and former Delaware & Hudson U23B — lead a train north through Danville Jct., near Auburn, Maine. It was rare consists like this that made Guilford a fan favorite. Photo by Justin Franz.

As part of the transaction, the former Boston & Maine west of Ayer, Mass., will be operated by Genesse & Wyoming as the newly-formed Berkshire & Eastern. However, G&W will not be ready to take over that line until later this year, so for now CSX is operating it.

CSX has vowed to make a big investment into Pan Am’s infrastructure and the promise of $100 million in upgrades was a big selling point when convincing the STB to approve the deal. A big recipient of that money will be the former Maine Central, which will soon be CSX’s primary route to eastern Canada and the rapidly growing Port of Saint John.

The takeover of Pan Am ends owner Timothy Mellon’s 41-year reign over New England railroading. Mellon’s Guilford Transportation Industries took over the Maine Central in 1981, the Boston & Maine in 1983, and the Delaware & Hudson in 1984. The latter turned into a financial boondoggle, and Gulford cast off the bankrupt D&H after just four years. After that, the combined MEC-B&M system would remain mostly unchanged for the next three decades. In 2006, the railroad changed its name to Pan Am Railways, but the gray and orange Guilford scheme still remains on some locomotives today, although many were repainted in a simple but attractive blue and white.

For railfans of a certain generation, Guilford was a pariah that had swallowed up the iconic Pine Tree and Minute Man routes. Its rocky relations with labor didn’t help its reputation either, particularly during a series of contentious strikes in the late 1980s. But to fans a little bit younger, Guilford was a source of fascination, especially for enthusiasts of older power. Up until the 2000s, Guilford maintained an eclectic fleet of motive power, including EMD SD26s, GP7s, and General Electric U18Bs and U23Bs. Even the Guilford gray and orange scheme seemed to be more appealing with each passing year. And, in an era of corporately-owned short line and regional railroad operations that frequently look the same from one road to another, an independent regional railroad was something to celebrate, regardless of its roots. 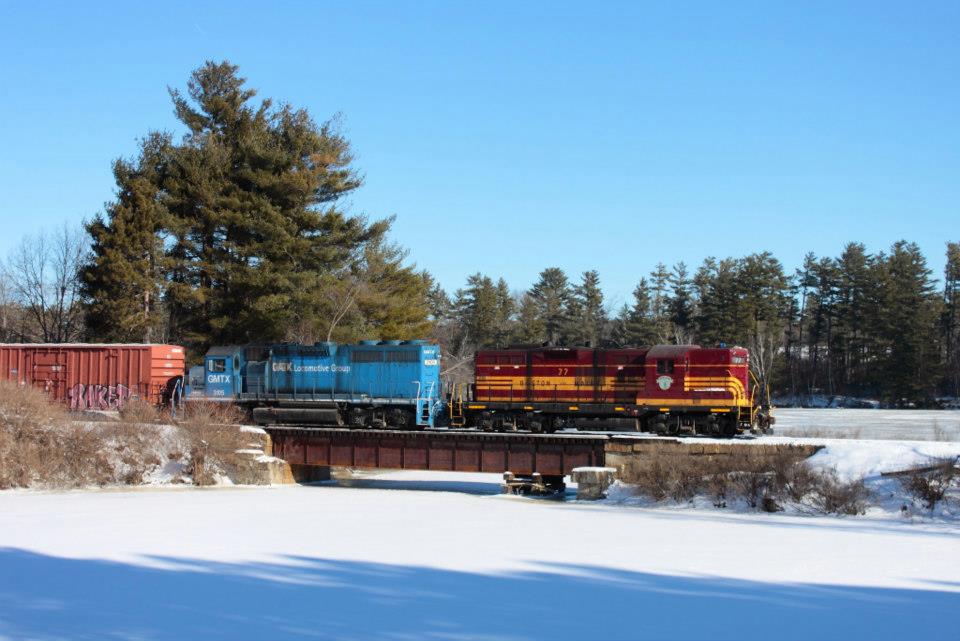 B&M Heritage: In 2011, Pan Am shocked the railfan world when it painted two GP9s into special heritage schemes, one for the Boston & Maine and another for the Maine Central. B&M 77 is seen leading a local along the Kennebec River in January 2013. Photo by Justin Franz.