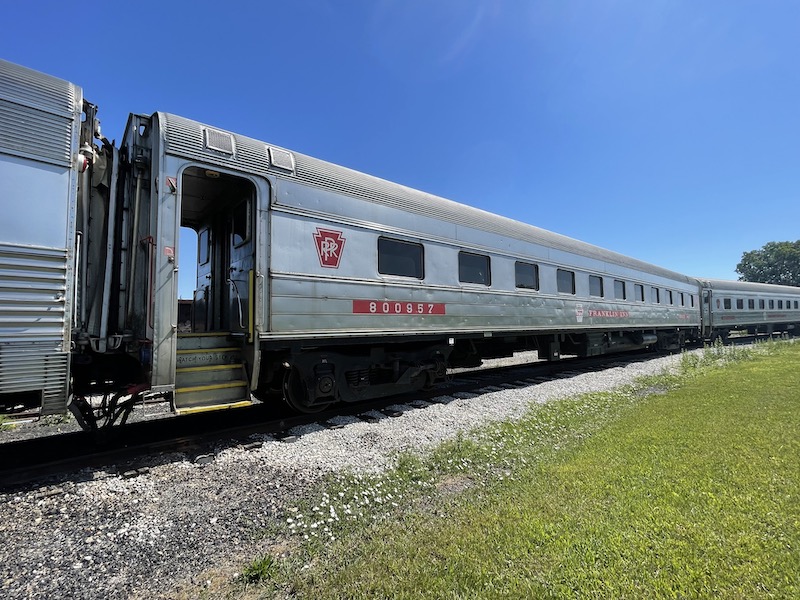 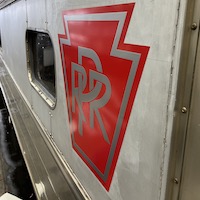 Constructed in 1949 by the Budd Company in Philadelphia, the Collinsville Inn and Franklin Inn were originally built as sleeping cars for the PRR’s famous passenger trains, several of which operated through Fort Wayne. In 1963, the PRR converted the cars into traditional passenger coaches to transport visitors to the 1964 World’s Fair in New York. Later, they were assigned to commuter service in Michigan, New York, and Maryland before they were donated to DCNRHS in 2008. Since 2015, the cars have been used in special charters and excursions, including steam-powered trips operated by Fort Wayne. In a press release, the NRHS group said the cars no longer fit their needs.

“Changes in the private car environment meant these two beautiful, historic cars were no longer a great fit for our business model,” said DCNRHS Chief Mechanical Officer Jim Lilly, who oversaw the rescue, restoration, and operation of the equipment. “We are pleased to have the coaches go to an organization we have worked with for many years. We are confident that they will be cared for and continue to serve as icons of railroad history, giving another generation a chance to ride. It’s rather fitting that they go to Fort Wayne, as these were built for the Pennsylvania Railroad which was once a major industry in the region.”