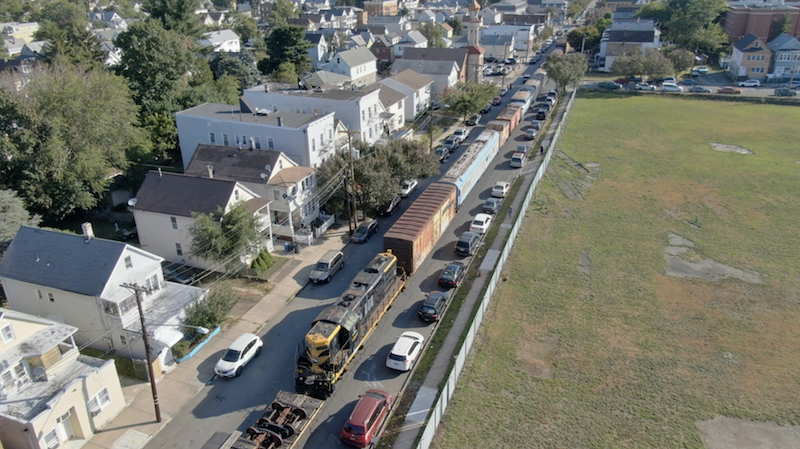 HAWLEY, Pa. — Three locomotives that once belonged to the New York & Greenwood Lake Railroad have found new homes in Washington and New York.

In 2020, Operation Toy Train, a New Jersey-group that gatherers toys for children during the holidays, acquired 13 pieces of equipment that had been stored in Passaic, N.J. While much of the equipment fit the group’s needs, some of it was deemed surplus, including two GP9s and a former Long Island Rail Road power car built from an Alco FA. On Monday, it announced that one of the GP9s and the FA had been acquired by Klarr Locomotive Industries and the other GP9 was purchased by DeAndre Walters.

The two locomotives acquired by Klarr will be sent to the Inland Northwest Railroad Museum west of Spokane, Wash., where they will be restored into their original appearances. The GP9 was built as Northern Pacific 317 and the FA was built as Spokane, Portland & Seattle 606. Klarr Locomotive Works is owned by Derrick Klarr, who recently spearheaded the effort to return a “Big Sky Blue” painted Great Northern GP9 to Kalispell, Mont. (See Preservation in the January 2021 issue).

“KLIX is grateful for Operation Toy Train’s efforts to acquire, prepare, and move this historic equipment, saving it from scrapping,” Klarr said. “We are honored that Operation Toy Train was willing to work with KLIX to help get these two units home to the Pacific Northwest for preservation.”

The GP9 purchased by Walters (Built as Great Northern 718 and most recently NY&GL 1267) will get a second lease on life and will be restored to operate on the Adirondack Railroad in New York.

“The locomotive will be getting an extensive rewiring to replace what was stolen over the years,” Walters said. “With this work, it will be electrically upgraded to a GP9M with newer switchgear, and I plan on reinstalling the dynamic braking system (needed for the grades of the Adirondacks). Additionally, it will receive a 26L brake system upgrade and a new Adirondack paint job.”

Besides the three locomotives, the three boxcars acquired in the 2020 equipment donation have been acquired by the Tioga Transportation Society, a Pennsylvania non-profit group affiliated with the Stourbridge Line. These cars will be used for maintenance-of-way service.

“We’re very pleased to see all three locomotives going to good homes,” said Rudy Garbely, a representative of Operation Toy Train. “While preservation isn’t directly a part of our mission, the fact that we have been able to save these historic engines and get them into the hands of preservationists is a fantastic side effect of our toy collection efforts.”

A former Long Island Rail Road P72 commuter coach is currently available for sale, while the fate of a heavily deteriorated former Canadian National/Grand Trunk observation car is undecided. Interested parties are encouraged to reach out to Rudy Garbely at rgarbely@operationtoytrain.org to inquire about either of these two cars.