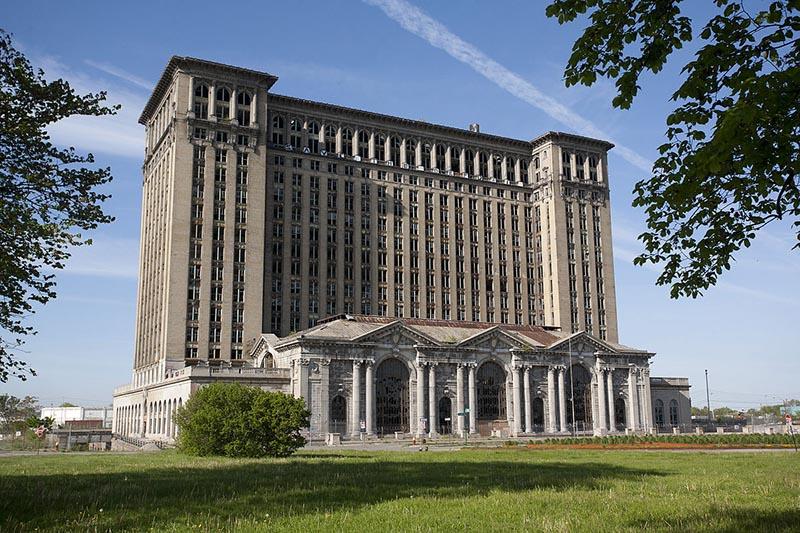 Ford Motor Company announced their plans today to renovate the landmark Michigan Central Station as part of a program to not only relocate various engineering divisions but also to create a new beacon for community development on Detroit’s south side. The grand Beaux Arts edifice opened in 1914 as part of a project that also constructed a rail tunnel under the Detroit River connecting with Windsor, Ontario, and the Canada Southern Railroad. The last passenger train departed in 1988 and the station facility became exposed to the elements and subject to vandalism.

Purchased by the Moroun family in 1996, the trainshed was demolished in 2000 to make way for a new intermodal terminal. While several proposals had been floated over the years for the restoration of the station, none came to fruition. Some asbestos abatement and window replacement work was performed in recent years in an attempt to clean up the property.

The first reports of a possible new owner for Michigan Central Station surfaced on March 21 when the Detroit News announced Ford Motor Co. was in negotiations with the owners. On June 11, the Moroun family issued a statement that ownership had transferred to Ford, which plans to convert the building into a combination of public space and a new hub for its autonomous vehicle development and deployment division.

This is a developing story.