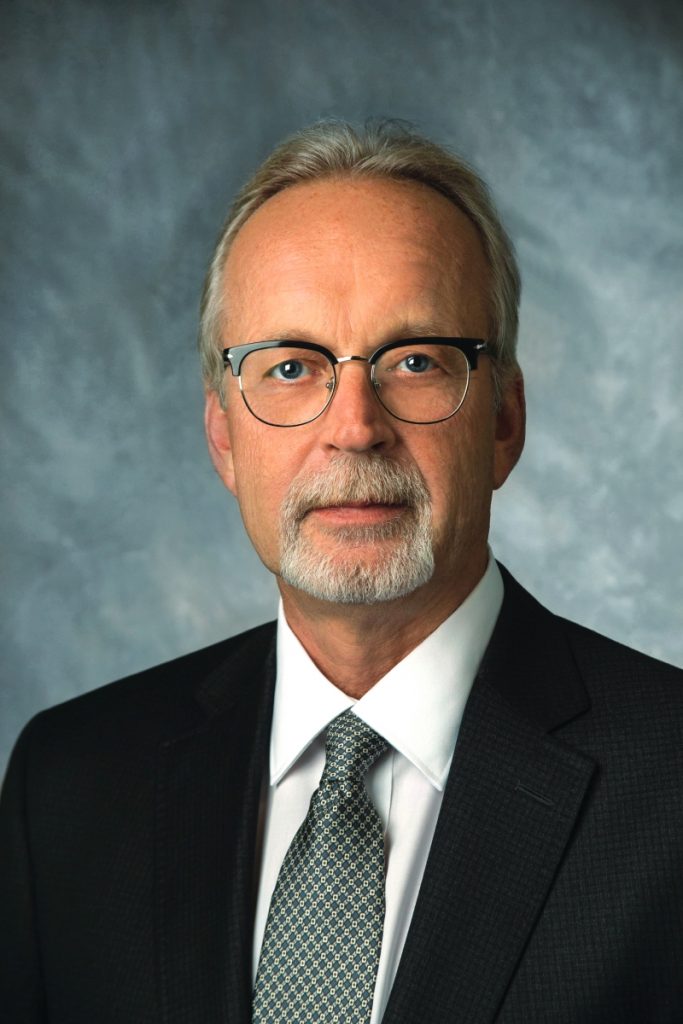 JACKSONVILLE, Fla. — James Foote will step down as president and CEO of CSX Transportation on September 26, and will be replaced by Joseph R. Hinrichs, the president of Ford Motor Company’s automotive business division.

Foote has been CEO of CSX since 2017, but he got his start in railroading in the mechanical department of the Soo Line in Wisconsin at age 18. From the Soo, he moved up the ranks of management and later joined the Chicago & North Western and Canadian National. He became vice president of sales and marketing at CN in 1999. In 2009, he left to start Bright Rail Energy, an effort to develop natural gas-powered locomotives, before going to CSX.

In recent months, Foote has been a vocal defender of the Class I railroads as they try to recover from the pandemic and defend themselves against claims that PSR has led to poor service across the industry. In perhaps Foote’s most notable moment, he got into a heated exchange with a member of the U.S. Surface Transportation Board earlier this year during a hearing on the service crisis. Foote said that CSX was hiring people as quickly as it could. But when  STB Board Member Robert Primus asked just how many people the railroad would hire this year, Foote said he couldn’t give a specific number.

“As the head of the company, you should know,” Primus said with frustration.

At another point during the exchange, Foote suggested that one-person crews — a controversial practice in the eyes of railroaders and union officials — could be the solution to the current service crisis.

“Let us run trains with one employee and this problem is solved,” Foote said.

In a press release, CSX officials said Foote had long-planned to retire soon and that Hinrichs’ appointment has been months in the making.

“This appointment is the result of a long and deliberate process, in which we identified the strongest candidate to lead CSX through its next phase of growth and transformation. Jim has been at the helm throughout most of the company’s transformation, producing record operating and financial results, focusing on sustainability, and emphasizing the importance of safety. We cannot thank him enough for his contributions to CSX, and his commitment to ensuring a smooth transition,” said John J. Zillmer, Chairman of CSX’s Board of Directors. “The Board believes that Joe is a seasoned leader with the relevant experience to lead CSX forward with our full support.”

Hinrichs has been in the automotive industry for more than 30 years and has held many roles at Ford.