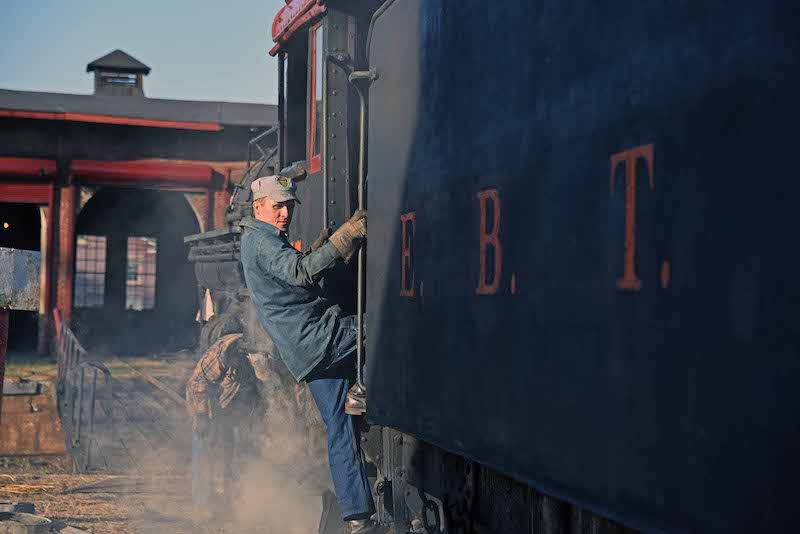 The East Broad Top has been under reconstruction for nearly two years with steam expected to return in 2022. Photo by M.T.Burkhart.

ORBISONIA, Pa. – The reborn East Broad Top Railroad is coming off a successful 2021 season, hauling more than 10,000 people, with big plans for the new year that includes additional trackwork and the much-anticipated return of steam.

By December, the narrow gauge railroad had run 42 diesel-powered trips with even more trips planned for 2022, said Brad Esposito, the railroad’s general manager. Some excursions are planned for the upcoming winter and spring with a full schedule starting in May. Next year also marks the 150th anniversary of the start of construction on the railroad.

Over the summer, trackwork to Colgate Grove was completed, and plans are in the works to turn the wye area into an event location. Shop tours were also a big draw this year, with about 20 percent of riders participating in the extra tours.

There are active plans to extend the runs south to Saltillo, Pa., and over the large trestle at Pogue, Esposito said. The bridge, which spans Aughwick Creek, has been inspected with stabilization work possible this winter and spring as funding allows. There’s no set timeline, but “we have a plan going forward,” Esposito said.

That plan got a boost earlier this week when the railroad was awarded a $1.1 million grant from the state Redevelopment Assistance Capital Program that will help reopen that portion of the line. The funds are earmarked for repairing the bridge and tracks south to Saltillo and north to Colgate Grove, overall eight miles of railroad will be reopened, according to the grant. It also includes site improvements and a replacement of the water network in the yard; purchase track-maintenance equipment; repair the historic Rockhill Iron & Coal Co. office building; additional site improvements and track rehabilitation at the Colgate Picnic Grove.

There’s also still no timeframe for the return of steam, but work on Baldwin 2-8-2 Mikado 16 is progressing. “We’re getting a lot closer,” Esposito said. “It’s starting to look like a locomotive again.”

Esposito also credits the close bond with the Friends of the East Broad Top as a reason for many accomplishments, especially on the stabilization of numerous structures in the historic Rockhill Furnace yard. “It’s an amazing relationship,” he said.

Most of the major buildings in the yard complex have received work, including the Store House, where 20 tons of spare parts had to be removed, cataloged and returned to their rightful places.

This weekend, December 10 to 12, the railroad wraps up its “Christmas in Coal Country” events, along with the neighboring Rockhill Trolley Museum. For the full schedule and tickets, visit eastbroadtop.com.