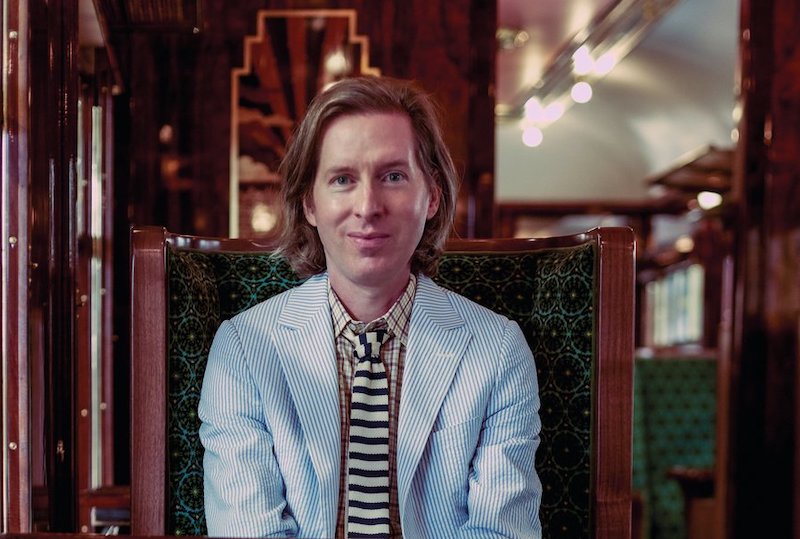 American filmmaker Wes Anderson applied the symmetrical and angular aesthetic from his movies to a private rail car. Photo Courtesy of British Pullman.

LONDON — American filmmaker Wes Anderson — known for films like “Rushmore,” “The Darjeeling Limited,” and “The Life Aquatic with Steve Zissou” — can now add railroad car interior designer to his impressive list of credits. This week, luxury rail tour operator British Pullman released images of a rail car (or “carriage” as the Brits say) that was designed by the filmmaker that will soon be crisscrossing the country.

British Pullman has been offering day-long or weekend luxury trips in Britain since the 1980s and is currently owned by Belmond Ltd., a hospitality company that owns hotels, restaurants and luxury excursion trains around the world. 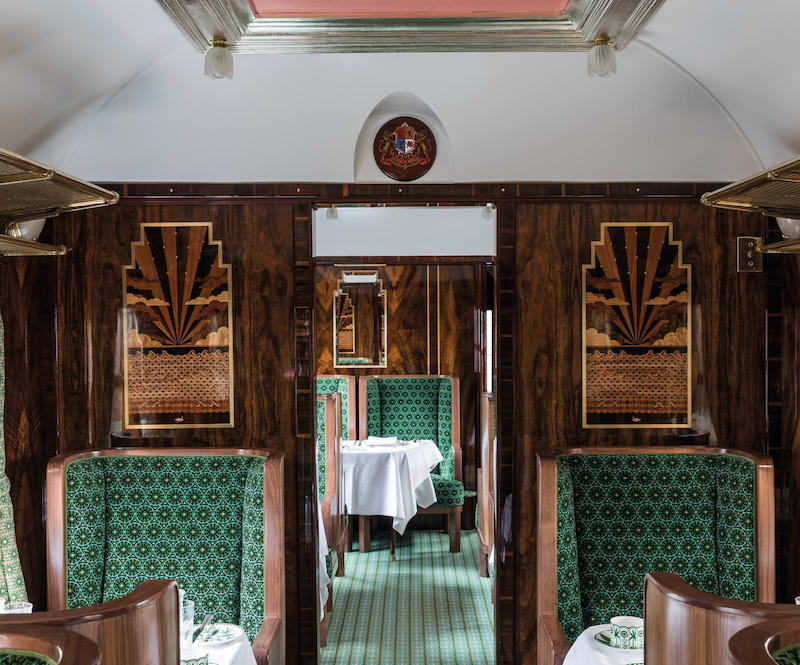 Anderson’s films are known for their symmetrical and angular aesthetic and over the years the movies have included trains, most notably 2007’s “The Darjeeling Limited” starring Jason Schwartzman, Owen Wilson and Adrien Brody.

“I have often had the chance to invent train compartments and carriages in my movies,” Anderson said. “So I was very eager to make something new while also participating in the process of preservation which accompanies all the classic Belmond train projects. They are keeping something special alive. An endangered species of travel which is nevertheless very suited to our time.”

The car that was redesigned by Anderson is no stranger to the movie industry. “Cygnus” was featured in the 1972 film “Agatha” starring Dustin Hoffman and Vanessa Redgrave. British Pullman officials said that Anderson was given the task of balancing the car’s history with his own bold and modern vision. 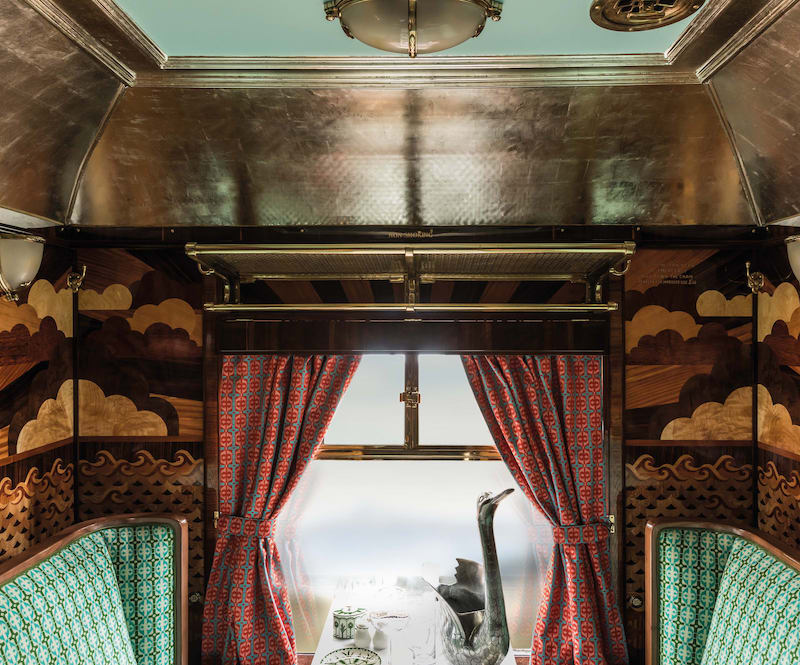 “The result is a carriage straight out of one of his films: stunningly symmetrical marquetry, bold rectilinear shapes and a feast of complementary colors,” they write. “With a pastel-pink ceiling detailing and a variety of green tones in the carpets and chairs, at first glance, Cygnus feels like stepping onto one of the director’s film sets. Stunning marquetry work in numerous wood panels shows sunbeams, clouds, stars and waves. Bold, sharp lines feature in the shape of the chairs and mirrors, adhering to the angular equilibrium the director is famed for. Eagle eyes will also spot the many swan details, referencing the carriage’s name and history.”

For more information and to learn how you can book a ride on the car, visit British Pullman’s website.