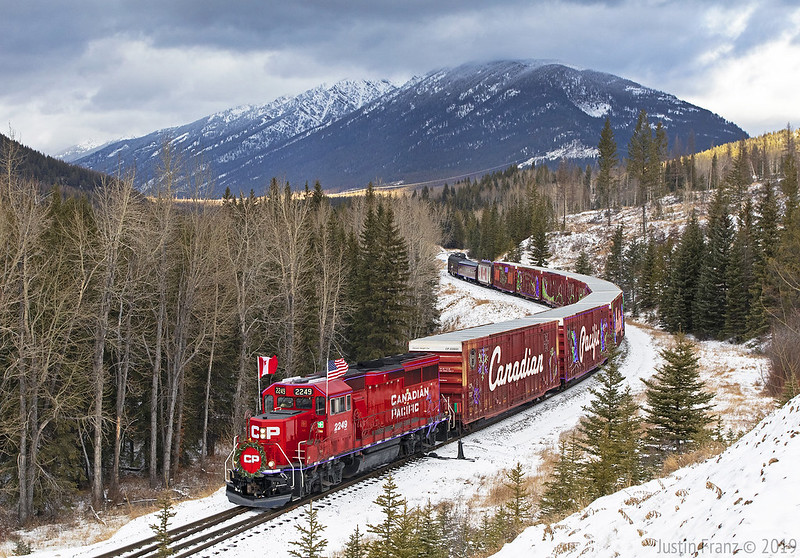 While Canadian Pacific will once again not be running its popular Holiday Train, the railroad will still be making donations to food banks across the U.S and Canada. Photo by Justin Franz.

CALGARY — For the second year in a row, Canadian Pacific will be hosting a virtual edition of its popular Holiday Train. For 23 years, CP has run a pair of Holiday Trains across its system in the United States and Canada. Last year, the trains were not run due to the pandemic, however, the virtual edition gave the railroad an excuse to fire up its 4-6-4 steam locomotive for the first time in eight years.

Details about the virtual Holiday Train will be shared online in the coming weeks. CP officials said they still plan on making sizeable donations to food banks across its system.

“The spirit of the Holiday Train is about giving generously and inspiring those around us to give as well,” said Keith Creel, CP President and Chief Executive Officer. “While we are disappointed we again cannot bring the Holiday Train to communities, we are honored to run a virtual program and continue to support communities and food banks across our network as they work to address food insecurity in North America.”

Since its inception in 1999, the CP Holiday Train has raised $19.4 million and collected 4.9 million pounds of food for community food banks along CP’s network. CP will again donate to all food banks that would ordinarily benefit from a Holiday Train stop, including those that typically receive the train in alternating years.