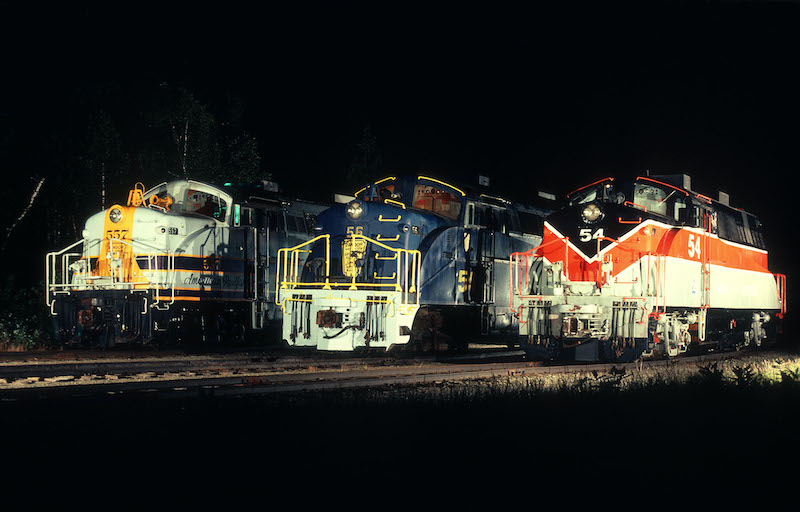 NORTH JUDSON, Ind. — Two rare EMD BL2 locomotives are bound for Indiana’s Hoosier Valley Railroad Museum. On Wednesday, the tourist railroad announced it was leasing former Bangor & Aroostook 52 and 56 from a private owner. The locomotives are presently stored on the Batten Kill Railroad in New York and last ran on the Saratoga & North Creek Railway.

Only 59 BL2s were ever built and just seven have been preserved, most of them coming from the Bangor & Aroostook, which was one of the last railroads in the country to use them. Locomotive 54 is currently on the Delaware, Lackawaxen & Stourbridge in Pennsylvania and 557 is at the Cole Transportation Museum in Bangor, Maine. 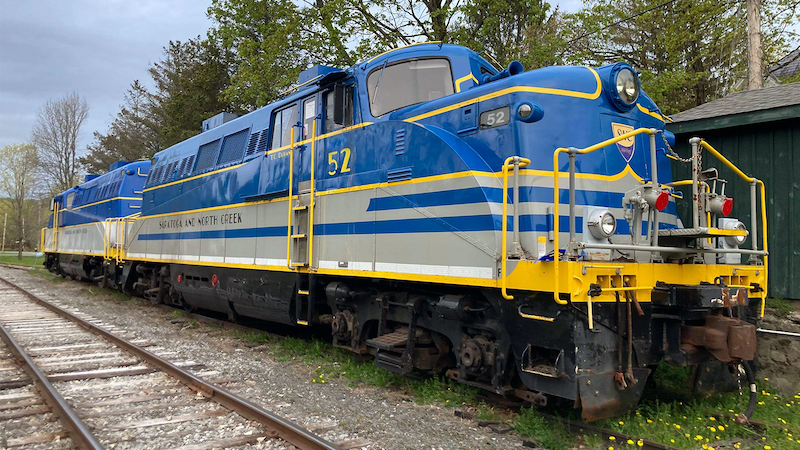 Officials at the Hoosier Valley Railroad said the locomotives will be moved to Indiana in the coming months and 52 will likely enter service this summer. There are no plans immediate plans to repaint the locomotives, which currently wear a blue, gray and yellow paint scheme from the S&NC.

“Number 52 should be in service early this summer and we even have something special planned for when they arrive,” said Kyle Flanigan, museum secretary. “I think the railfan community is really starting to take notice of our operation. This year is going to be the biggest year in the museum’s history, if not one of the most memorable. Stay tuned!”

The Hoosier Valley Railroad Museum was founded in 1988.