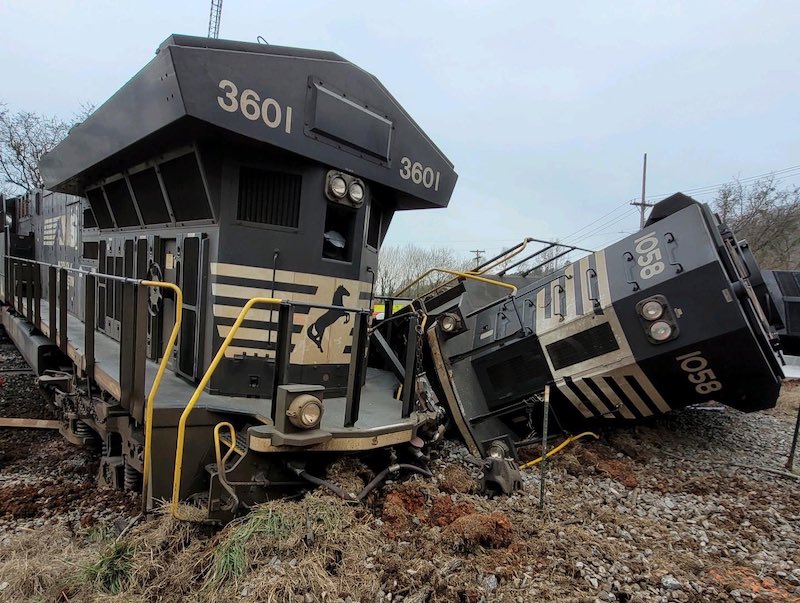 Jorge Luis Cruz-Vega has been charged with failure to yield, a registration violation, and felony reckless endangerment.

COLLEGEDALE, Tenn. — The driver of a vehicle that was struck by a Norfolk Southern train in Tennessee last month, resulting in a major derailment that was caught on camera, has been arrested.

The Collegedale, Tenn., Police Department announced this week that Jorge Luis Cruz-Vega had been arrested and charged with failure to yield, a registration violation, and felony reckless endangerment. He posted bail and was released ahead of a court appearance set for April 12. If convicted of the felony, the man could spend up to six years in prison.

On December 20, Cruz-Vega was allegedly driving a truck carrying a bridge beam when he partially crossed the tracks and stopped. Soon after, an NS train struck the beam. Three locomotives and ten railcars derailed and both crew members were sent to the hospital. Cruz-Vega had allegedly not contacted or made arrangements with the railroad prior to moving the extra-long beam through town.

A dramatic video captured by someone nearby showed the train hitting the bridge beam and then derailing.