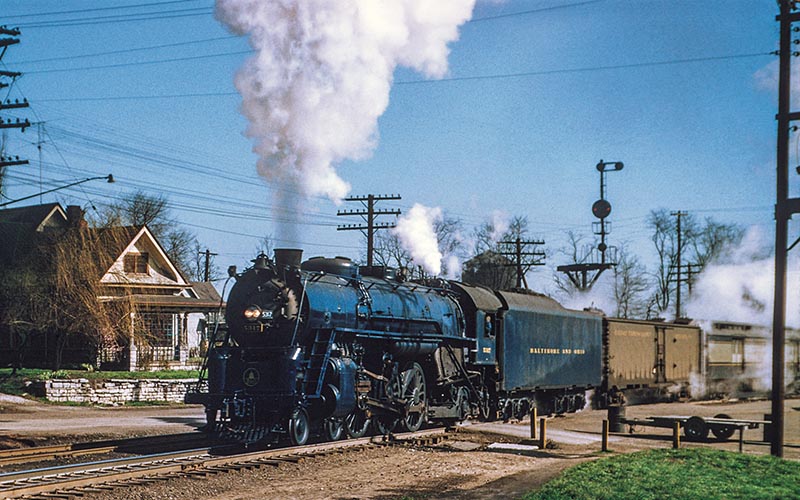 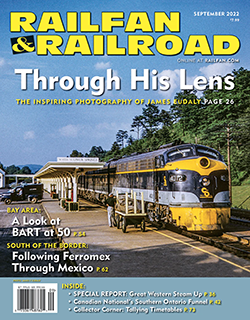 From time to time my writing inevitably turns to family, which is a direct reflection of something that’s very important to most of us. Fathers and sons often share interests, and there’s usually some activity a son grows up with and eventually gets interested in as a result of his father’s influence.

Dad, as readers of this column may recall, is a railfan and a modeler, with an O scale Chesapeake & Ohio empire that you have to see to believe (though you can sneak a peek in this month’s Railroad Model Craftsman). Besides all things railroad, though, Dad has been a mentor and confidant who has seen me through good times and rough times, and has in so many ways influenced who I am today. There have been a number of father-son railfan teams — the late J. David Ingles and his father come to mind, as do Allen McClelland, of Virginian & Ohio modeling fame, and his son Brad (and Brad’s son Brady) — and from my viewpoint, there are few things in life as cherished as that father-son bond over a common interest.

On December 28 last year, John Madden, the famed Oakland Raiders coach and sportscaster, passed away. Not long before that, a documentary film was made about his life with input from many sports figures who were impacted by him. He got to watch that before his final trip across the end zone into Glory. I’ve always felt like a eulogy at a funeral is too late — we’re better served by expressing what someone means to us while they’re still around to hear it, and John got to hear what everyone thought before he left this earth. It was obviously special to him. So this one’s for Dad — perhaps with a slightly biased railroad influence from a more than slightly biased son.

Dad was born in Seymour, Ind., on December 23, 1932. He was named after his maternal grandfather, James Callahan, who was a machinist for Baltimore & Ohio in North Vernon, Ind. At an early age Dad got to see steam power up close and personal, and his railroad interest was born. For Dad’s grandfather, steam was a passion, and every job of his was related to the steam engine — his first job was running a steam-powered threshing machine and his second was operating a steam-powered saw at a sawmill. It wasn’t exactly accidental, though. In a 1979 newspaper interview with James Callahan, the railroading passion is evident: 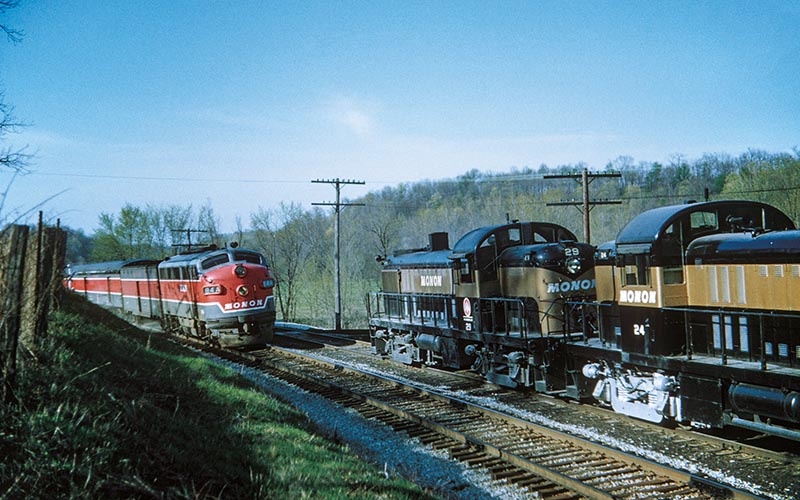 ABOVE: For a decade, Bedford, Ind., was home, and Bedford meant the Monon. Never much of a roster shooter, Dad focused on action, and in this view Train 5, the southbound Thoroughbred behind F3A 84A, is meeting northbound Train 40, the local freight behind RS-2s 29 and 24. The meet is at Harrodsburg, located about halfway between Bedford and Bloomington. The date is April 20, 1960, two days after I was born. So while Mom is in the hospital with me, and my brothers are in the care of Grandma EuDaly in Bloomington, Dad is out trackside enjoying Monon on a fabulous spring day. This photo exonerates me from all acts of rash irresponsibility when it comes to railfanning — I come by it honestly!

“Although he talked extensively about his first two jobs, he couldn’t talk enough about railroading and the ‘fever,’ and his 41 years with the B&O as an engine machinist and inspector. What is the ‘fever?’ No, not scarlet or yellow, but the railroading fever. It’s a ‘malady’ that even Callahan couldn’t explain. ‘It’s just something you experience,’ he said.”

So Dad’s steam-era interest in many ways was inherited, and it never faded, which has been the case of railroading in general for Dad ever since. We still talk regularly after just about every trip I make trackside — that railroad bond between us is tangible.

After a couple of false starts in his model railroading journey — Cincinnati Union Terminal in HO scale was an early plan — he eventually settled on Chesapeake & Ohio, primarily because of the wide variety and attractive nature of its steam power. He chose O scale because he enjoys building things and the larger scale lends itself to scratchbuilding and heavy kitbashing. After all, who can fault someone for winding up with five 2-6-6-6 Allegheny-class locomotives hauling coal tonnage up the Allegheny grade? After choosing C&O, he went on a succession of trips “back East” to photograph the railroad he planned to model, and that succession has continued ever since. 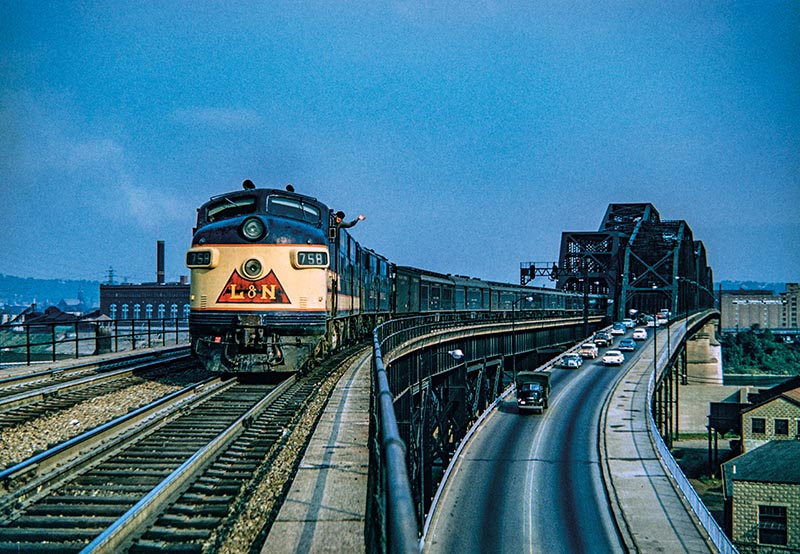 ABOVE: Besides the local Monon and B&O action in southern Indiana, Dad occasionally ventured trackside away from home. Though Chesapeake & Ohio dominates, this view of Louisville & Nashville Train 99 rolling across the Ohio River bridge from Cincinnati into Covington, Ky., on September 16, 1959, is typical of his eye for catching expansive scenes. A crewman gives a friendly wave from the cab of E7A 758.

As a youngster, his family wound up in Bloomington, Ind., where he met Mom at church, and the stuff of storybook love launched them together forever. Family photos reveal that Dad was modeling by the time a camera arrived in 1954, and he was building O scale locomotives and freight cars before he’d ever even seen a piece of O scale track — an early project was a scratchbuilt Hudson built on the kitchen table before he had an official workshop. When I was a little tyke in the early 1960s, Dad had his workbench in my bedroom, and I have fond memories of drifting off to sleep as Dad leaned over the workbench building models.

The sons began arriving in 1955 — four over the span of nine years. Oldest brother Jay was born in Bloomington, but us other boys were all born in Bedford, where Dad’s optometry practice was established. Among the first railroad images Dad took are a significant number of Monon slides, as well as other southern Indiana railroads including B&O, Illinois Central, and The Milwaukee Road. Though The Milwaukee Road had a branch line into Bedford, Monon was the dominant road, and Dad managed a healthy portion of Monon slides between 1954 and the road’s merger into Louisville & Nashville in 1971…

Read the rest of this story in the September 2022 issue of Railfan & Railroad. Subscribe Today!