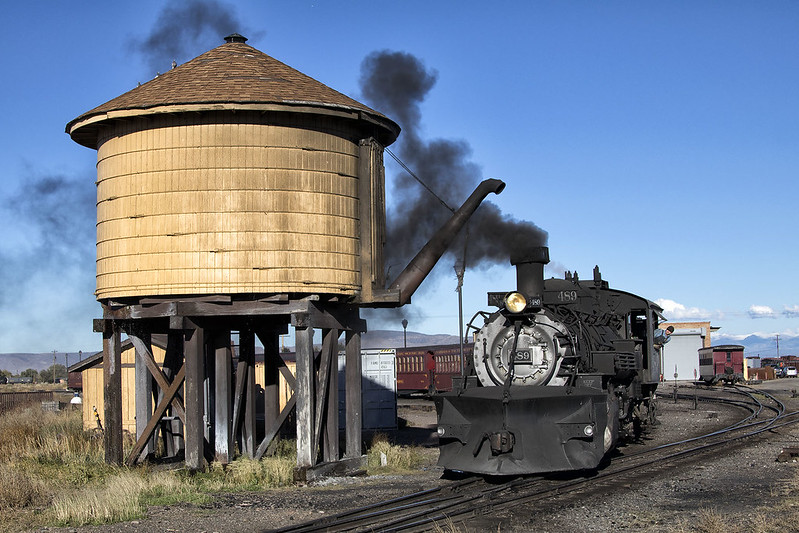 ANTONITO, Colo. — The Cumbres & Toltec Scenic is converting one of its coal-burning Denver & Rio Grande Western 2-8-2 locomotives to burn an oil-based fuel so that the railroad can continue to operate during dry conditions. The railroad announced on Tuesday that 2-8-2 489 would be converted to oil this winter and be ready for the 2021 season.

Interim CEO Eric Mason said the decision was based on changing environmental conditions in southwestern Colorado and northern New Mexico, where the C&TS operates. As summers in the region get dryer and hotter, the danger for wildfire is increasing, officials said, and 489 will enable them to operate safely during more extreme conditions. However, the railroad plans on maintaining its other coal-burning locomotives.

“We have not forgotten, nor will we ever forget, the importance of our historical DNA and the critical role the C&TS plays in preserving the most authentic steam railroading experience available anywhere, now, and for future generations,” Mason said. “We will strive to always have the best examples of operating coal-fired steam locomotives in service when conditions permit.”

This is not the first time one of the historic Rio Grande narrow gauge 2-8-2 locomotives have been converted to burn oil. After a major wildfire near Durango in 2018 that is believed to have been started by a cinder from a locomotive, the Durango & Silverton Narrow Gauge Railroad converted K37 493 to burn oil. The conversion was successful and D&SNG is currently working on converting a second locomotive.