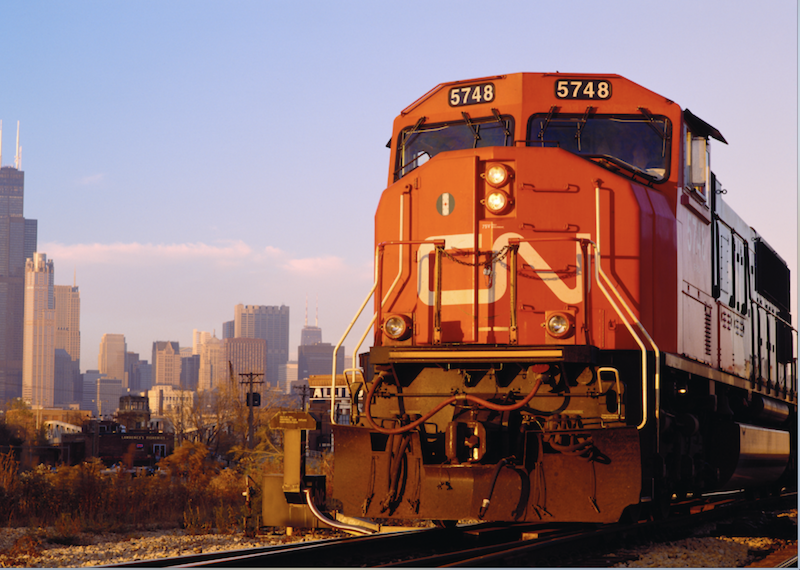 A Canadian National locomotive in Chicago. Photo Courtesy of CN.

MONTREAL — Canadian National is putting parts of the former Wisconsin Central up for sale. On Tuesday, during the railroad’s quarterly earnings call, executives announced that a number of “non-core” lines in Wisconsin, Michigan and Ontario would be sold in the next six to 12 months.

Executives said that the decision to spin-off sections of the former WC is part of its continued push to implement precision scheduled railroading. Ghislain Houle, executive vice-president and chief financial officer, said that lower-performing routes would be better off in the hands of a short line or regional railroad and that the traffic those routes produce would still end up on CN’s main line.

“With the cost structure of a smaller operator, not a Class I railroad like us, and the ability (for them) to get some funding from the government, I think they would be better suited to run these lines than we are,” Houle said. “As you know, these lines will continue to feed traffic onto our main line so we will continue to benefit from the long haul.”

CN officials did not specify what lines would be on the chopping block, although operations in Michigan’s Upper Peninsula and the former Algoma Central, could be likely targets. While CN has trimmed its route miles in Canada, officials have said it has yet to do the same in the United States.

CN purchased the WC back in 2001. The WC was formed in 1987 from a group of cast-off Soo Line routes and over the years added smaller carriers to its portfolio, including the Algoma Central, the Green Bay & Western and Fox River Valley Railroad.