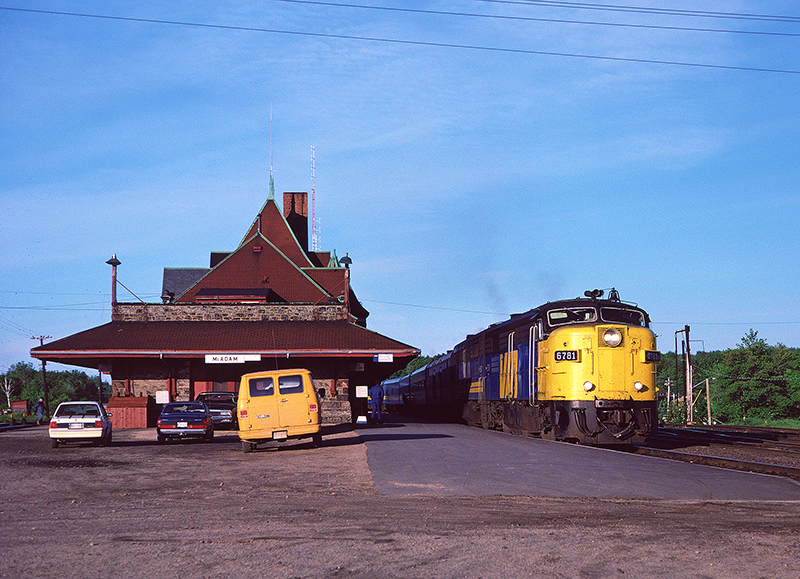 VIA Rail’s Atlantic at McAdam, N.B., in June 1986. Canadian Pacific and New Brunswick Southern recently made a $100,000 donation to the group that maintains the depot. Photo by Timothy Franz.

McADAM, N.B. — The Canadian Pacific and New Brunswick Southern have made a $100,000 donation to the non-profit group that maintains and manages the historic depot in McAdam, N.B. The donation was made to the museum following a recent trip by the Royal Canadian Pacific to the east coast.

The regal stone depot was built in 1900 not far from the Maine-New Brunswick border. CP ran through McAdam until 1995 when it sold much of its main line east of Montreal. Since then J.D. Irving has operated the main line through New Brunswick as NBSR. CP recently increased its presence on the east coast with its purchase of the Central Maine & Quebec, which interchanges with another Irving operation, Eastern Maine Railway, at Brownville, Jct., Maine. Irving has been a key partner in CP’s efforts to expand its east coast operations.

Each railroad donated $50,000 to the McAdam Historical Restoration Commission.

“This icon of Canadian History has been undergoing restoration during the past several years. We will continue to honor the past, by not only restoring and preserving the McAdam Railway Station but by bringing its history alive and recognizing the significance of this Station to the building of our nation,” said board chair Elsie Carroll. “On behalf of the Board of Directors, I extend my sincere thank you and appreciation for your kindness and generosity.”

“CP’s history dates back 140 years and we are proud to support the McAdam Historical Restoration Commission and its work to preserve and tell part of that railway story in Maine and Atlantic Canada,” said Keith Creel, CP President and Chief Executive Officer. “The work being done to preserve CP’s rich history in McAdam and the railroad’s enduring connection in Atlantic Canada is very special.” 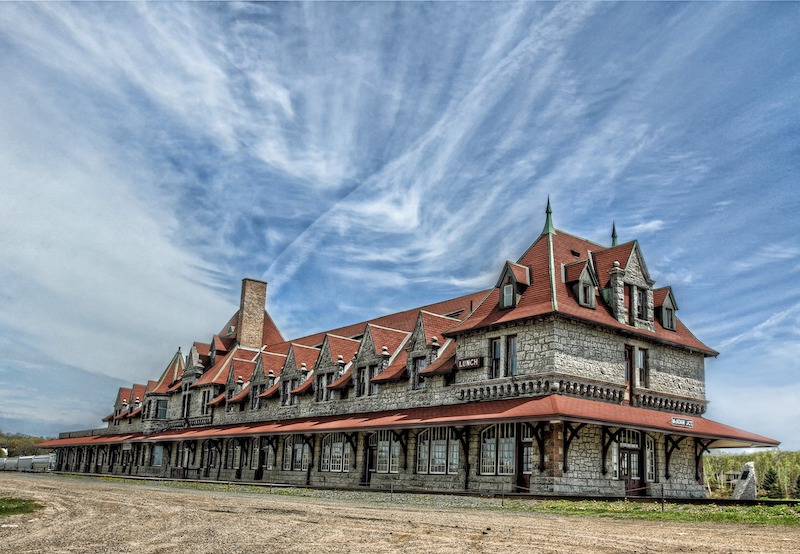 The McAdam Depot as it appears today. Photo by Jason Bennett.