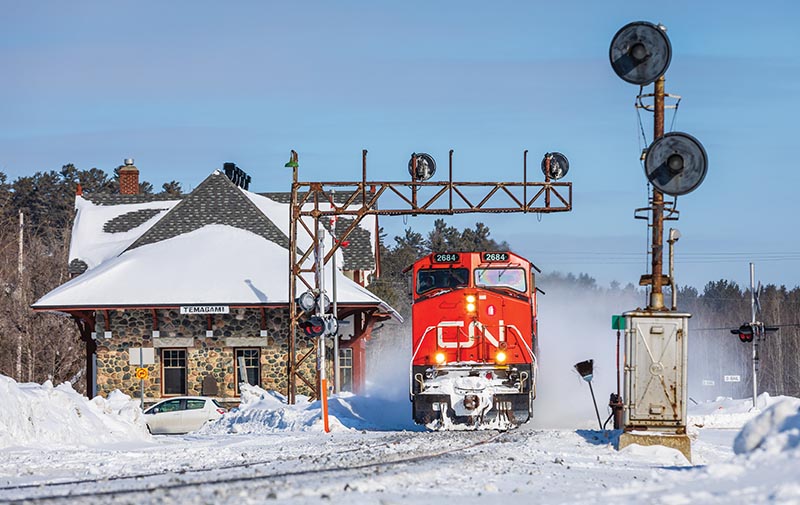 A day after Canadian National announced it would shut down its Eastern Canada network, CN detour Train Q149 keeps priority Montreal to Toronto tonnage moving as it charges through Temagami, Ont., on February 14, 2020. 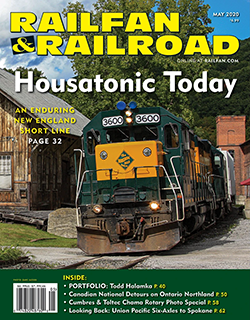 By Ryan Gaynor/photos by the author

With the construction of the Temiskaming & Northern Ontario Railway during the early 1900s, the town of Englehart, Ont., was born. The growing community quickly gained significance as a division point as the railway pushed north toward James Bay. Today, with a population of about 1,500 people, Englehart is just as important as a location for Ontario Northland Railway. Quite literally at the heart of ONR, Englehart is the halfway point on the railway’s main line between North Bay and Cochrane, where traffic is heaviest. At Englehart, rail traffic control oversees operations across a 650-mile system that extends as far north as Moosonee, west to Hearst, and east to Rouyn-Noranda, Que.

Additionally, Englehart is where the majority of Ontario Northland’s train crews and operations are currently based. Throughout February 2020, ONR and many of its Englehart-based employees stepped up to keep Canada’s economy rolling. During a time that saw more than 1,400 trains delayed or canceled due to protests and rail blockades across the country, ONR hosted a total of 47 Canadian National detour trains over its lines.

With existing interchange points to Canadian National at North Bay and Hearst, Ont., and Rouyn-Noranda, CN was able to move priority freight across ONR to reach home rails. At the same time of these detour trains, large parts of CN’s network, including several arterial main lines, were shut down due to various blockades across the nation. In particular, an 18-day blockade near Belleville, Ont., resulted in the shutdown of CN’s Eastern Canada network and the suspension of almost all passenger service across the country. You might ask, why did these blockades happen in the first place? While the issues that fueled the blockades are multifaceted and profoundly complex, the following will summarize the events that led to an unprecedented shutdown of Canada’s rail network. 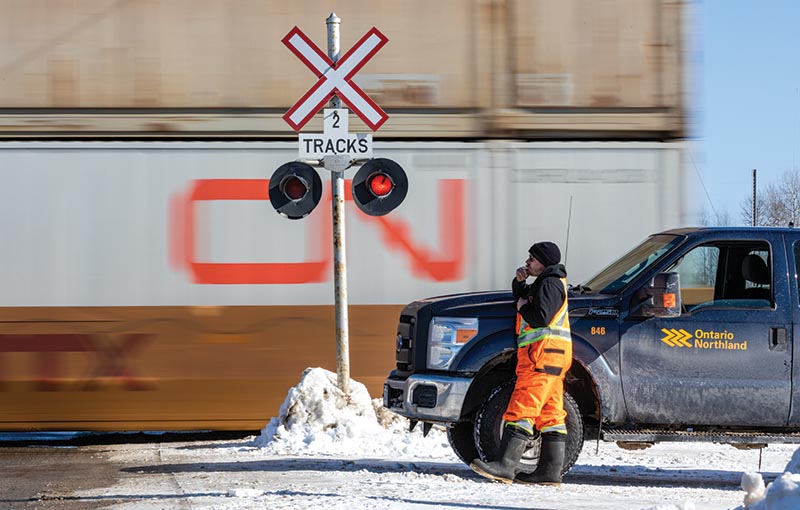 ABOVE: An Ontario Northland foreman inspects 4,400 feet of rerouted intermodal traffic as Train 188 rolls through his working limits at Porquis Junction on February 24, 2020.

Pipeline Tensions
The rail blockade near Belleville lasted 18 days, but tensions leading to it were building for years. First announced in 2012, opposition toward the Coastal GasLink pipeline began almost immediately. With construction presently underway, the pipeline is set to deliver natural gas a distance of 420 miles from Dawson Creek to a facility near Kitimat, B.C., for export to global markets. The pipeline’s routing through northern British Columbia traverses the land of numerous First Nations communities. Although the elected council of 20 First Nations, including the Wet’suwet’en Nation, signed agreements with Coastal GasLink, Wet’suwet’en hereditary chiefs withheld their approval. Wet’suwet’en hereditary chiefs claim they did not consent to the pipeline’s construction and that the signed contract does not apply to their traditional territories.

The difference between “elected council” and “hereditary chiefs” is crucial in understanding the complex issues at hand. Essentially, a First Nations community holds an election for chief and council every two years, thus forming the basis of elected council leadership. Conversely, a hereditary chief inherits their role matrilineally rather than through election. It is also important to note that elected council leadership is not a traditional form of Indigenous government. Instead, it is a creation of the Indian Act, which, in broad terms, was introduced by the federal government in 1876 as a part of Canada’s post-Confederation assimilation policy.

Following opposition to the pipeline, a British Columbia Supreme Court judge granted an injunction against protesters who had blocked road access to the project. The following day, Wet’suwet’en hereditary chiefs issued an eviction notice to Coastal GasLink, stating that company workers were trespassing on their territory. After talks that were intended to de-escalate the dispute failed, the Royal Canadian Mounted Police (RCMP) moved into Wet’suwet’en territory to enforce the court injunction. So, what do Ontario Northland Railway and a natural gas pipeline on the other side of the country have in common? 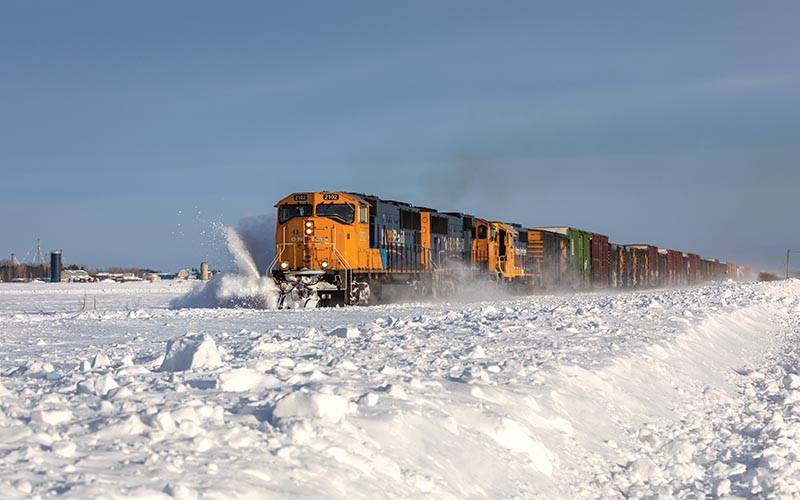 ABOVE: Ontario Northland SD75i 2102 christens the recently reopened Temagami Subdivision with Englehart–North Bay Train 214 as it busts through a snowdrift at Earlton, Ont., on the morning of February 22, 2020.

Eighteen Days in February
As the RCMP moved into Wet’suwet’en territory, a handful of pipeline opponents were arrested. Just hours later, people protesting in solidarity with the Wet’suwet’en hereditary chiefs set up a rail blockade on Tyendinaga Mohawk Territory near Belleville. January 6 would mark the first day of an unprecedented 18-day shutdown of Canada’s rail network. With CN’s Kingston Subdivision, an arterial Toronto–Montreal main line, effectively blocked, hundreds of trains were backlogged.

As protests and new blockades emerged across the country, stymieing traffic at strategic locations and key ports, CN announced that it would shut down its operations in Eastern Canada. As a result of CN’s shutdown, VIA Rail Canada was also forced to halt most service nationwide, including all corridor traffic between Toronto–Ottawa–Montreal as well as its cross-country, flagship train, the Canadian. The only exception to these cancellations was VIA’s Sudbury–White River and Churchill–The Pas trains as they operate on Canadian Pacific and Hudson Bay Railway lines, respectively. Meanwhile, 47 CN trains began a circuitous route around the protests at Belleville to keep priority traffic moving…

Read the rest of this article in the May 2020 issue of Railfan & Railroad. Subscribe Today!