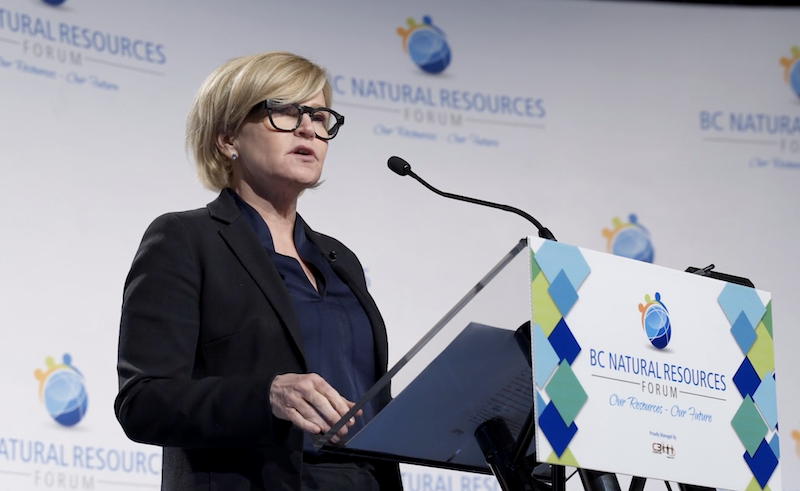 Tracy Robinson will be the first woman in history to lead a major Canadian freight railroad and the second to lead a North American Class I. Photo Courtesy of Coastal GasLink.

MONTREAL — Canadian National has appointed Tracy Robinson as its next president and chief executive officer, the railroad announced Tuesday.

Robinson, who previously spent three decades years at rival Canadian Pacific, will be the first woman in history to lead a major Canadian freight railroad and the second to lead a North American Class I, following BNSF Railway’s Katie Farmer.

Robinson will take the reins of the railroad on February 28 and will replace outgoing CEO JJ Ruest, who will remain at CN in an advisory role until March 31, 2022.

“This is a transformational period at CN, and I couldn’t be more excited about the opportunities ahead,” Robinson said. “Our focus is on building the railway of the future – one that creates shareholder value by meeting the needs of our customers, employees, communities, and the economies that depend on us, safely, reliably, and efficiently. I look forward to working closely with CN’s extremely talented railroaders, Board, and management team as we take CN to the next level of performance and industry leadership.”

Robinson worked for CP for 27 years in a number of executive roles in operations, commercial and finance. Most recently she was at TC Energy as its executive vice-president and president for natural gas and pipelines.

Robinson’s appointment ends a months-long search for a new CEO that began last year when Ruest announced his plans to retire. Those plans were announced not long after a group of shareholders began calling for his resignation following the railroad’s failed efforts to buy Kansas City Southern.

CN also made two other announcements on Tuesday: It has appointed former Quebec Premier Jean Charest as an independent director and that it would be appointing two other board members in the coming months. The director appointments were part of a deal with TCI Fund Management, the group that called for Ruest to step down last year, to end its own effort to shuffle the railroad’s board of directors.