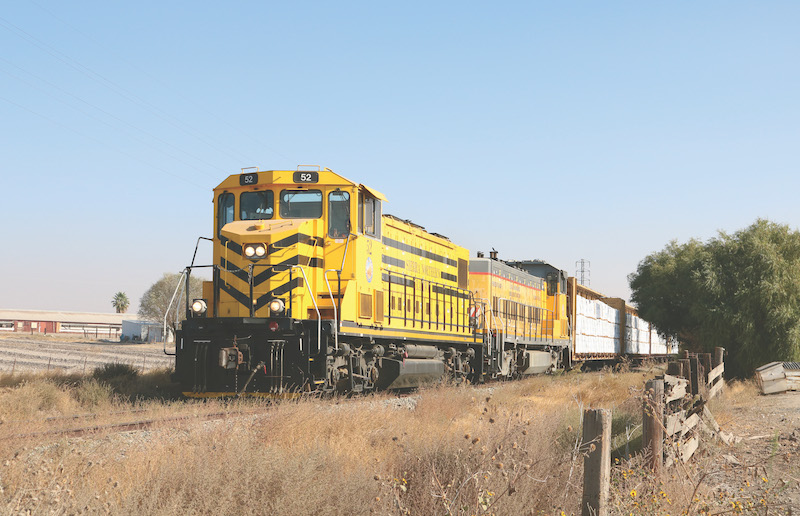 The Sierra Northern has been designated the new operator of the Filmore & Western, which closed last year. Photo by Steve Jessup.

FILMORE, Calif. — A California short line is leaving town after butting heads with a local municipality just six months after becoming the designated operator of a county-owned rail line.

Part of that operation was centered around a city-owned piece of property in Filmore. However, on June 1, the railroad announced in a short press release that it had been asked to leave Filmore and was moving all of its operations out of town.

“It is unfortunate that the City does not want to continue to work with us as this means a loss of excursion operations for the residents of Filmore who for so many years grew up around the trains,” said Matthew Blackburn, manager of the Ventura Division.

The following day, the city issued its own press release that offered additional detail about the dispute between Filmore and Sierra Northern. According to that press release, neither party had been able to agree to a set of terms to lease the property from the city. City Manager David W. Rowlands said one concern was that the railroad wanted to remove language from the proposed contract that stated the use of the city-owned land could not bother neighbors. The railroad also allegedly wanted the city to “rubber stamp” the construction of buildings on the land without going through the normal review and code compliance process.

“We always need to look out for Filmore and the residents by enforcing laws to protect public health and safety,” Rowlands said.

The press release also noted that there had been a disagreement about the storage of creosote ties on the property, which had upset nearby residents due to the smell. The railroad dismissed those concerns, stating that federal law allowed them to store the material where they wanted. The city also asked that the railroad provide insurance protecting the city during its use of the city-owned property. According to the city, the railroad again said such contract provisions violated federal law because of its common-carrier status. The city attorney disagreed.

“We would not propose terms that violate the law,” said City Attorney Tiffany Israel. “If Sierra had provided citations to support their vague contentions, the City would have agreed to change the terms at issue to comply with the law. Instead, Sierra elected not to provide any information supporting their claim., Sierra also rejected common contract terms such as language allowing the City to deny Sierra’s request to transfer Sierra’s interest in the property to a third party.”

The Sierra Northern is expected to establish tourist train operations somewhere else along its route, although exactly where has not been announced.