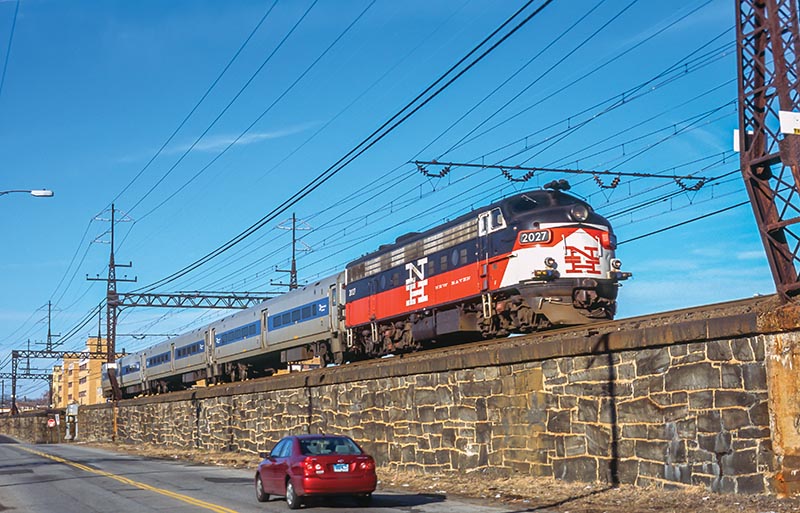 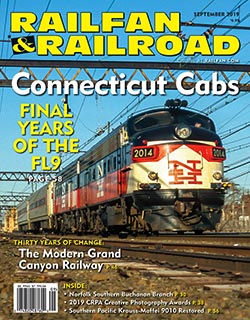 In the mid-1930s, North American railways were in deep trouble. For more than a decade, they had been losing short-haul traffic as both cars and trucks got faster, cheaper, and better, while the government built better roads with taxpayer money. Long distance? That suffered too, as improved aircraft made flight an increasingly practical option. Then there was the Great Depression, which capped economic growth for nearly a decade.

The response? As Bugs Bunny used to say, “If you can’t beat ’em, join ’em.” Railways across the continent began to apply sleek bodies to their steam locomotives, and some even took a gamble on new diesel-electric technology. This practice was known as “streamlining,” and while borne of the aviation age, it was on the railways where some of the most evocative examples were found.

In my view, the finest example came out of General Motors-affiliated Electro-Motive Corporation (EMC): the so-called “bulldog nose” diesel. EMC created different variations of this design, starting from the almost-recumbent EA of 1937, running through several “E”-series locomotives during the late 1930s, before culminating in the classic, final form of the FT in 1939. The FT was, when compared with its predecessors, almost restrained, its profile more upright, its curves less peaked, less severe.

The design on the FT soon became the standard face of EMC and its successor, the Electro-Motive Division of GM. The design was deployed on every E-unit beginning with the E7 series of 1945, and on every F-unit beginning with the FT, including the unusual FL9s built for New Haven from 1956 to 1960 (see page 58). While last use of this design in North America came with the delivery of three E9 cab units to Union Pacific in December 1963, it was the FL9 that held down the last revenue service, operating at the head of regular passenger trains into the first decade of the 21st century.

I’ve never liked the “bulldog” nickname for these designs, first coined by GM’s advertising department. It sounds trivial, almost belittling. Besides, I’ve never met a bulldog with a face as sleek or as pretty as the EMD F-unit. And that nose was a work of art, in a very literal sense.
I once talked with a former employee of EMD’s La Grange, Ill., assembly plant, a man who was on the shop floor when the last E9s were being built. His description of how those noses were made was breathtaking; for here, in a plant run by what was then one of the largest mass-manufacturers in the world, locomotive body shells were still being built by hand.

The routine went like this. The nose sides, being relatively simple, were made of flat sheet metal. The top was cut to the profile of the nose, then curved to match its arched profile. The front of the nose, meanwhile, was also constructed of sheet metal, bent to match the shape of the pilot. So far, so simple. Then, to join all these planes and arcs, the EMD assemblymen went to work, by hand, with body filler. All those beautiful compound curves on the bulldog nose? Sculpture, made from off-brand Bondo. And, given they were built by hand, no two noses were ever exactly the same.

Does this make the F-units art? It’s debatable, but certainly they represented a level of care and craftsmanship that largely disappeared with the rock-bottom efficiency of 1960s’ folded-paper designs. We were lucky to have them, and we shall not see their like again.