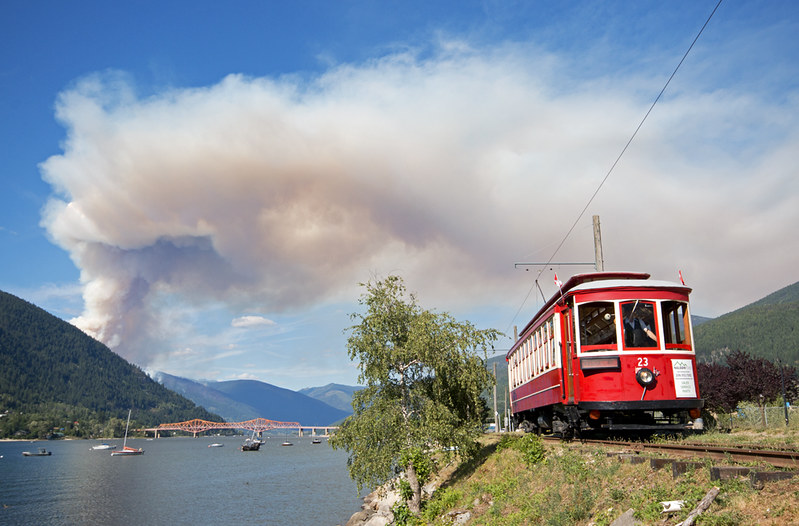 The Nelson Street Railway 23 is seen along the Nelson waterfront in 2015. Photo by Justin Franz.

NELSON, B.C. — The non-profit operator of a historic streetcar in British Columbia is looking to raise $80,000 for trackwork. For 30 years, the Nelson Electric Tramway Society has operated streetcars on about three-quarters of a mile of track along the Nelson, B.C., waterfront.

The star of the operation, which normally runs from May until September, is Nelson Street Railway 23. The double-ended car was built in 1906 for service in Cleveland and then was purchased by Nelson in 1924. The Nelson Street Railway ended operations in 1949. The car was sold, stripped and served as a chicken coop in later years, until coming home to Nelson in the 1980s to be restored and run on the waterfront. A second streetcar, 400, also operates in Nelson.

Part of the streetcar line runs through a shopping mall parking lot and in recent years the track under the pavement has deteriorated. In order to keep running this year, the group needs to raise about $80,000 so it can assess the condition of the track under the parking lot and do some basic preventative maintenance. Money is also needed to keep streetcar 23 in service. People can donate to the effort on the group’s website.