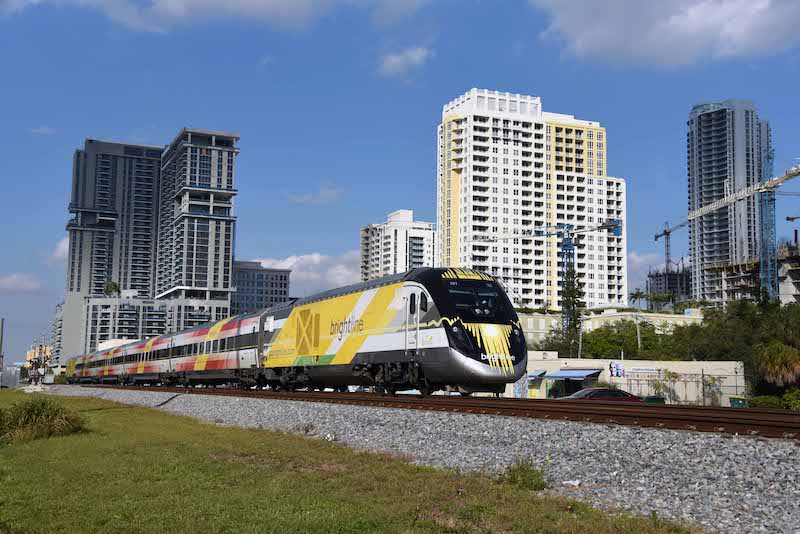 A Brightline train heads for Miami at Ft. Lauderdale, Fla. in December 2019. Photo by M.T. Burkhart

Florida’s Brightline has ended a brand and marketing affiliation with Virgin Trains after less than two years.

The news came just days after Virgin Atlantic filed for bankruptcy in the United States. The move protects its U.S. assets while it goes through restricting proceedings in its home country.

Brightline is privately funded and runs between Miami and West Palm Beach with an extension to Orlando well under construction. Service has been suspended since late March due to the global coronavirus pandemic and there is no estimate on when it will return.

No trainsets were painted into the Virgin Trains colors or branding and retained the yellow, silver and black color scheme on locomotives. Brightline has 10 Siemens Charger SCB-40 locomotives operating push-pull with five trainsets.