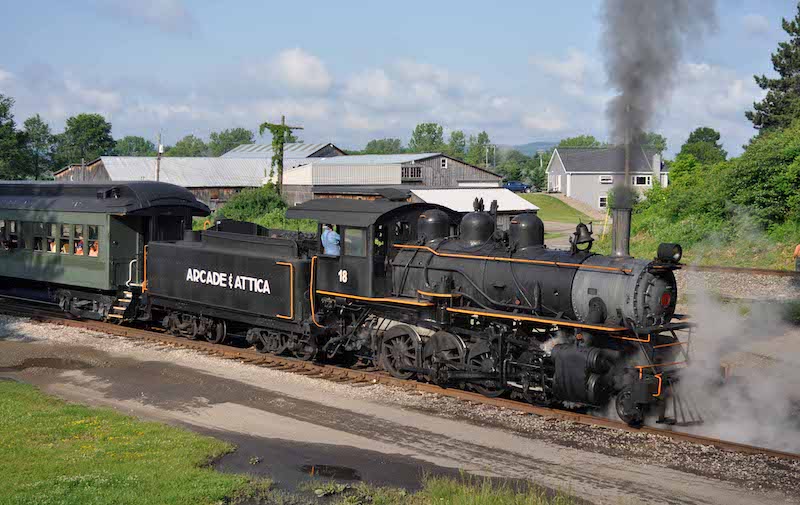 “Though progress is tough to see at this point, rest assured that big things are still happening to rebuild 18,” the railroad said in a recent update. “Many pieces have been sent to specialized repair shops. It is hoped that major components will return to Arcade for reassembly beginning in the spring of 2021.”

The 1920 Alco was last under steam on the New York state short line for the 2018 tourist season. In the meantime, the railroad’s bright orange GE center cabs have been holding down assignments.

Work on 18 will be extensive. The boiler is having new steel sheets installed, with many requiring hand bending and riveting to replace the original, the railroad said. The wheels and frame are being trimmed for straightness and the cylinders and steam chest will be honed and trued for proper fit and alignment. Frame and wheel work is being conducted off-site.

Number 18 was built for a sugar mill in Cuba, but the order was canceled. It wound up on the Boyne City Railroad in Michigan and was sold in 1962 to Arcade & Attica for upstart tourist service. The inaugural run was on July 27, 1962, for railroad officials and the press. Regular summertime excursions began in August of the same year, according to the railroad. In 1963 locomotive 14, a Baldwin 4-6-0, was purchased from the Escanaba & Lake Superior Railroad. That locomotive has not steamed in more than three decades.